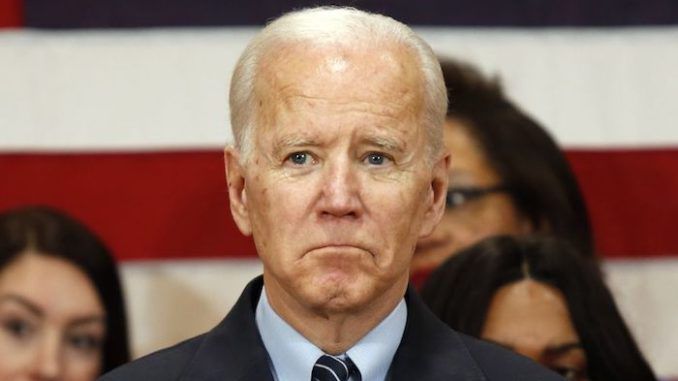 Early Wednesday morning, Forbes published an article titled, “Does Joe Biden Have Dementia? Does It Matter?” calling for Biden to undergo screening for cognitive impairment after a series of disturbing gaffes and telltale behavior.

But the business magazine quickly deleted the article by by senior contributor Elizabeth Bauer from its website, hiding it from readers.

Breitbart report: According to an archived version, Bauer highlighted several examples of pundits referencing Biden’s strange behavior, and explained the makeup of a Cognitive Assessment:

…the test … is meant for a specific objective: screening individuals for dementia or mild cognitive impairment. It consists of tasks such as drawing a clock face, naming animals based on line drawings, reciting a set of numbers forwards and backwards, listing as many words as you can think of that start with the letter “f,” and similar questions, for a total of 30 points, with 26 points required to “pass” the screening, and a lower cut-off differentiating between mild cognitive impairment and dementia itself.

Bauer said the questions would be “trivial” to a person who is unimpaired:

These are not “trick questions”; it’s not an IQ test nor is it designed to ferret out nuances. But if a person really does have impairment, the test really will identify it.

She then argued Biden should take the test to put the theories and criticisms to rest:

Which means that, yes, if Biden’s gaffes and his outbursts are just “Biden being Biden,” then there should be an easy enough answer: Biden could take the screening test just as easily as Trump did, and just as easily pass it, and then everyone can just shut up about the issue — unless, that is, the claims of Republicans that he has been pushed and manipulated into this election against his own best interest, and he’d be better off having stayed in retirement, are actually well-founded.

Hours later, the column was covered up by an Editor’s Note, which read, “This page is no longer active. We regret any inconvenience.” Bauer’s text behind the message was faintly visible.

Bauer has not yet responded to a request for comment asking why her piece was removed from Forbes‘ website.

An email to Forbes seeking an explanation has so far not been returned.