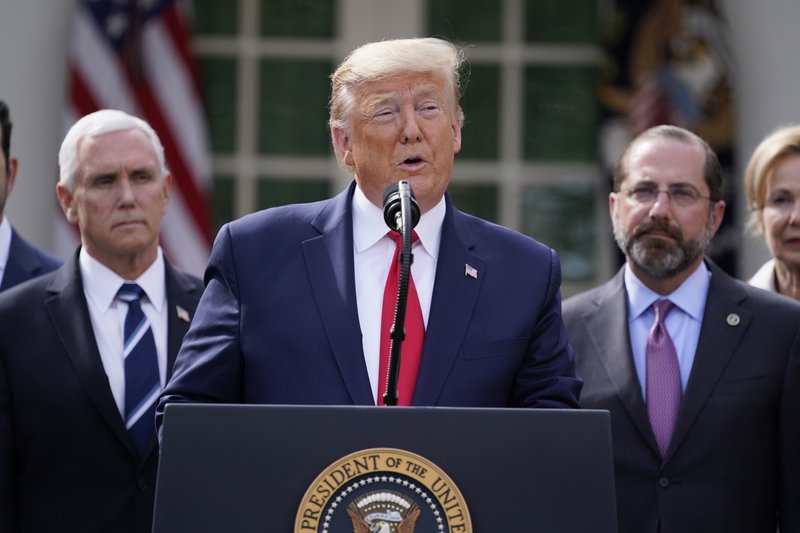 WASHINGTON (AP) — President Donald Trump on Friday declared the coronavirus pandemic a national emergency, as Washington struggles with providing Americans with relief and officials race to slow the spread of the outbreak.

Speaking from the Rose Garden, Trump said, “I am officially declaring a national emergency.” He said it would free up as much as $50 billion for state and local governments to respond to the outbreak. Trump also waived interest on federally held student loans and moved to prop up energy markets, by directing the Department of Energy to buy oil to fill the strategic petroleum reserve “’right up to the top.”

Trump said he was giving Secretary of Health and Human Services Alex Azar emergency authorities to waive federal regulations and laws to give doctors and hospitals “flexibility” in treating patients.

“Through a very collective action and shared sacrifice, national determination, we will overcome the threat of the virus,” Trump said.

He also announced a new public-private partnership to expand coronavirus testing capabilities, as his administration has come under fire for being too slow in making the test available. Trump said, “I don’t take responsibility at all” for the slow roll-out of testing.