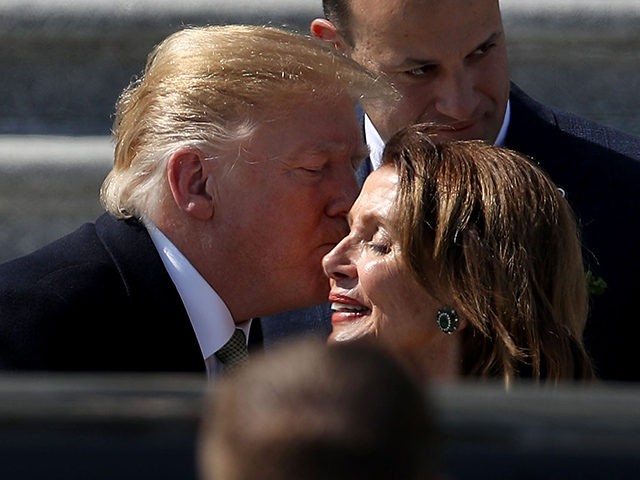 President Donald Trump on Friday night announced his support for House Speaker Nancy Pelosi’s bill to help Americans impacted financially by the spread of the coronavirus.

“I encourage all Republicans and Democrats to come together and VOTE YES!” Trump said about the bill on Twitter, noting that he fully supported it.

The Families First Coronavirus Response Act was the product of heavy negotiations between Pelosi and Treasury Secretary Steven Mnuchin after the Speaker released a first draft of the bill on Wednesday night.

The president initially stated his opposition to the bill on Thursday, noting that it had too many unrelated “goodies” that Democrats were trying to cram in the bill.

Pelosi and Mnuchin continued negotiating throughout Friday as the president announced a state of emergency in the United States to further attack the spread of the coronavirus.

The bill includes two weeks of paid sick leave and family medical leave for people affected by the virus, and it strengthens unemployment insurance for people losing their jobs. The bill also includes funding for meal programs for students and seniors.

But the bill does not include President Trump’s request for a payroll tax cut, something that Democrats viewed as a non-starter.

The House of Representatives will vote on the bill on Friday night, and it will likely pass easily with Trump’s support.

“I fully support H.R. 6201: Families First CoronaVirus Response Act, which will be voted on in the House this evening,” Trump wrote on Twitter.