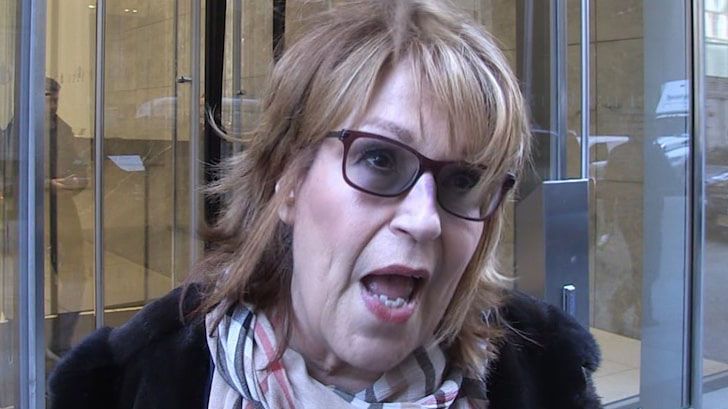 The View co-host Joy Behar is taking a “leave of absence” until further notice from ABC’s daytime chat show as a precautionary measure against the coronavirus, according to reports.

Variety reports that Behar, 77, announced her decision to quit the show until further notice during a pre-taped episode of The View that will be broadcast on Friday.

While neither she nor any of the show’s staff have tested positive for the coronavirus, Behar is said to be following the advice of her daughter to stay at home for the time being.

“I’m in a higher risk group because of my age, but I’m perfectly healthy,” Behar said, according to Variety. “I don’t look my age, but I’m actually up there. The number makes me dizzy.”

Breitbart report: Behar is expected to be absent from the show all next week and will evaluate her situation after that.

The View tapes in New York, which declared a state of emergency earlier today in response to the spread of the coronavirus. The virus has infected 95 people in the city, but Mayor Bill de Blasio said he expects that number to skyrocket to 1,000 cases by next week.

Co-hosts Whoopi Goldberg, Meghan McCain, and Sunny Hostin are expected to stay on the show next week, according to Variety.

Behar has been a reliably vocal antagonist of President Donald Trump, using her pulpit on the long-running daytime talk show to engage in her highly agitated brand of mockery.

Earlier today, Behar called on President Trump to resign over the coronavirus, making the perplexing claim that his Oval Office address on Wednesday shows that the president himself is in poor health.

“He does not inspire confidence. I could hear him breathing. Could you?” she said on Thursday’s episode. “Is there a microphone in his nostrils, do you think? It speaks of somebody who’s not in great health, and he’s been so exposed to a few people now who have had the coronavirus.”