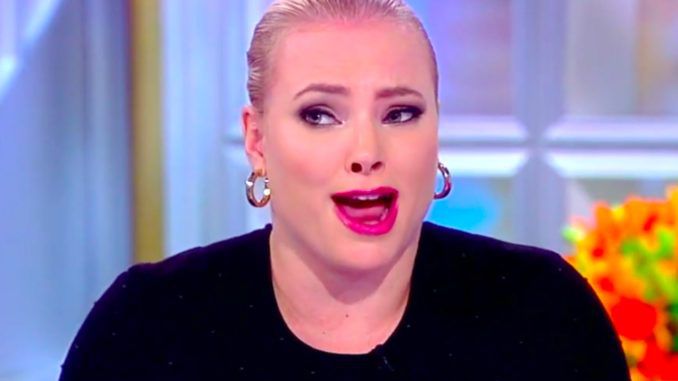 John McCain’s daughter Meghan suggested on The View that President Donald Trump’s coronavirus response could be the “silver bullet” that takes him out.

Supporters of President Trump should be angry at the way the Democrats and their cohorts in the media are blatantly lying about the coronavirus.

This is not the time to be playing party politics, but Democrats are following Obama’s example to “never let a good crisis go to waste.”

ABC’s The View is an example of a panel of Trump-haters who are parroting all the misinformation coming from the leftwing media.

You might think the shrews of The View have a duty to their audience to fact-check information before they ramble on. Well, not only are they totally misinformed on the coronavirus, but they also take it up a notch by making outlandish claims about President Trump’s response.

McCain said, “The problem is when I watched it live like we all did, is he’s a politician that inspires anger really well. If you want to get riled up and angry, he’s a politician who does it well. The I feel your pain and fear, incapable of it. He could have been reading the phonebook last night. He should have been saying, I understand Americans are scared. Have a Ronald Reagan-esque moment. His inability to emote with the American people about how scary this is, and people at this point I can safely say there’s a lot of healthy fear— there’s a Quinnipiac poll that came out that says 56% see Joe Biden as a leader in crisis. I think this crisis has really shown it doesn’t matter at the end of the day how great the economy is, which by the way, 82% of his financial gains since he has been president have officially evaporate evaporated.”

She concluded, “To lie about a rallies or numbers or how big your hands are these are an entirely different thing than lying about a possibly lethal disease that can kill God knows how many Americans. I think for him, he and Jared and Ivanka and the entire White House should know this could be the silver bullet that takes out this administration.”

The criticism of Trump is not only disturbing to witness, but it’s also deeply hypocritical.

President Trump has been taking tough steps to protect Americans. Trump closed travel coming from China so quickly that Democrats called it “racist.” Barack Obama never closed our borders or travel during the Swine flu which killed over 12,000 Americans.

We have 40 dead in America due to the coronavirus. That number would no doubt be much greater without the measures President Trump has taken. The truth is most people recover, and it’s thanks to our president who was working on this while the do-nothing Democrats were impeaching him.