Do more than 100,000 people in the state of Ohio already have the coronavirus? 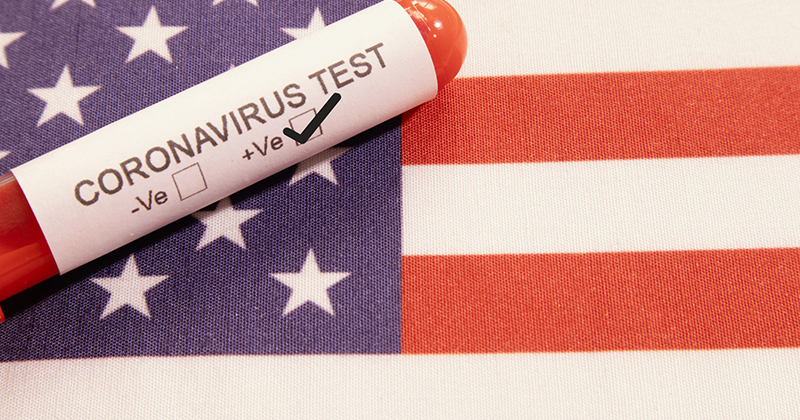 Do more than 100,000 people in the state of Ohio already have the coronavirus?

As you will see below, that is what the top health official in the state believes.

It has become exceedingly clear that COVID-19 is spreading like wildfire all across the country, but because of the very limited testing that is taking place the official count of confirmed U.S. cases is still very low.

Even though South Korea has managed to test more than 140,000 of their citizens, the U.S. has still only been able to test about 10,000 people, and that is making our numbers appear far better than they should.

At this moment, there are still less than 2,000 confirmed cases in the United States, but that number will undoubtedly go much higher once testing starts ramping up.

For many of us, it is deeply frustrating not to have an accurate picture of what is really going on out there.

We don’t really know how widespread this pandemic has become in this nation, but some brave health officials are giving us their best guesses.

For example, Ohio Department of Health Director Amy Acton told reporters that she believes that more than 100,000 people have the coronavirus in her state…

Ohio Department of Health Director Amy Acton said at a press conference alongside Gov. Mike DeWine (R) that given that the virus is spreading in the community in Ohio, she estimates at least 1 percent of the population in the state has the virus.

“We know now, just the fact of community spread, says that at least 1 percent, at the very least, 1 percent of our population is carrying this virus in Ohio today,” Acton said. “We have 11.7 million people. So the math is over 100,000. So that just gives you a sense of how this virus spreads and is spreading quickly.”

If that number is anywhere close to accurate, that could mean that this virus has already spread to millions of Americans.

So let us hope that she is wrong.

But for now we don’t really know how badly this crisis has escalated because the CDC has not been testing enough people.  In fact, one top CDC official just admitted that the CDC only tested 77 people from Sunday to Wednesday morning…

“This is not a problem we can test our way out of,” said Stephen Redd, MD, head of the CDC’s Office of Public Health Preparedness and Response, in testimony on Wednesday. It was an admission that, in a nation of 320 million, testing every person will be impossible.

Redd also revealed in his testimony that the total number of people tested for the coronavirus by the CDC was 1,784. That means that, as of Wednesday morning, the CDC had tested only 77 people for the coronavirus since Sunday. According to a CDC spokesman, the number that had been tested as of Sunday was 1,707.

On average, the CDC has been doing less than 100 tests a day since this outbreak started.

Aren’t they supposed to be the very best at what they do?

What in the world is taking them so long?

State labs have been doing marginally better.  According to Yahoo News, so far they have tested 7,617 people…

So far, however, only 7,617 people have been tested in state laboratories, according to the COVID Tracking Project, a database that updates the test statistics from states and the federal government. (Some of those statistics don’t include negative tests, which means the number tested could be higher.)

But even if you add the state labs and the CDC together, we are still testing far, far fewer people that other big countries around the world.

This is the biggest public health crisis of any of our lifetimes, and they have completely dropped the ball.

According to Dr. Anthony Fauci, we should be able to do a lot better than this…

Anthony Fauci, director of the National Institute of Allergy and Infectious Diseases, said the testing logjam constitutes a “failing” of the nation’s healthcare system.

When compared with other countries that have rigorous programs, Fauci said, “We’re not set up for that. Do I think we should be? Yes. But we’re not.”

Meanwhile, top experts continue to issue extremely ominous warnings.  For instance, the attending physician of the U.S. Congress has told lawmakers that up to 150 million Americans could eventually catch this virus…

Congress’ in-house doctor told Capitol Hill staffers at a close-door meeting this week that he expects 70-150 million people in the U.S. — roughly a third of the country — to contract the coronavirus, two sources briefed on the meeting tell Axios.

Could you imagine what our country would look like if that actually happened?

Now that the virus is spreading so widely, any person that you interact with could potentially pass it to you.

At this point, there is even concern that President Donald Trump may have been exposed…

It comes just days after Wajngarten met US President Donald Trump in Florida.

Let us pray that Trump will be just fine.

But this just shows how vulnerable we are as a nation.  Nobody is truly safe, and the number of people carrying the virus is just going to keep rising with each passing day.

Up to this point, many people out there have been attempting to downplay this pandemic, and on Thursday Vice-President Pence publicly denounced the “irresponsible rhetoric” coming from those individuals…

Vice President Mike Pence said Thursday that there has been “irresponsible rhetoric” from people who have downplayed the seriousness of the U.S. coronavirus outbreak.

The death toll in Italy just crossed 1,000 for the very first time, and their healthcare system has been completely overwhelmed by coronavirus victims.

We are on the exact same trajectory as Italy, and anyone that is not taking this outbreak seriously is being very foolish.  In one of his most recent articles, Mike Adams did a great job of making this point…

The global death rate for concluded cases has now reached 6%, with 94% surviving. This rate of 6% is triple what most pundits have been claiming (2%), and it’s 60 times higher than the death rate of the seasonal flu (0.1%).

Yet there are still people running around saying, “this is no worse than the flu.”

Those people are, frankly, kinda stupid. Try to keep your distance from them, as they are quite likely to get infected (and maybe even die) since they will take no precautions to protect themselves (and will probably put others at risk with their own actions, too).

It is not wrong to hope that this pandemic will soon fade.

But sticking your head in the sand and pretending that it isn’t there isn’t going to do anyone any good.

We need to deal with reality, and reality is telling us that a deadly virus is sweeping across the globe at a staggering pace.

So let us pray for mercy, and let us also prepare for the very long battle that awaits us in the weeks and months ahead.