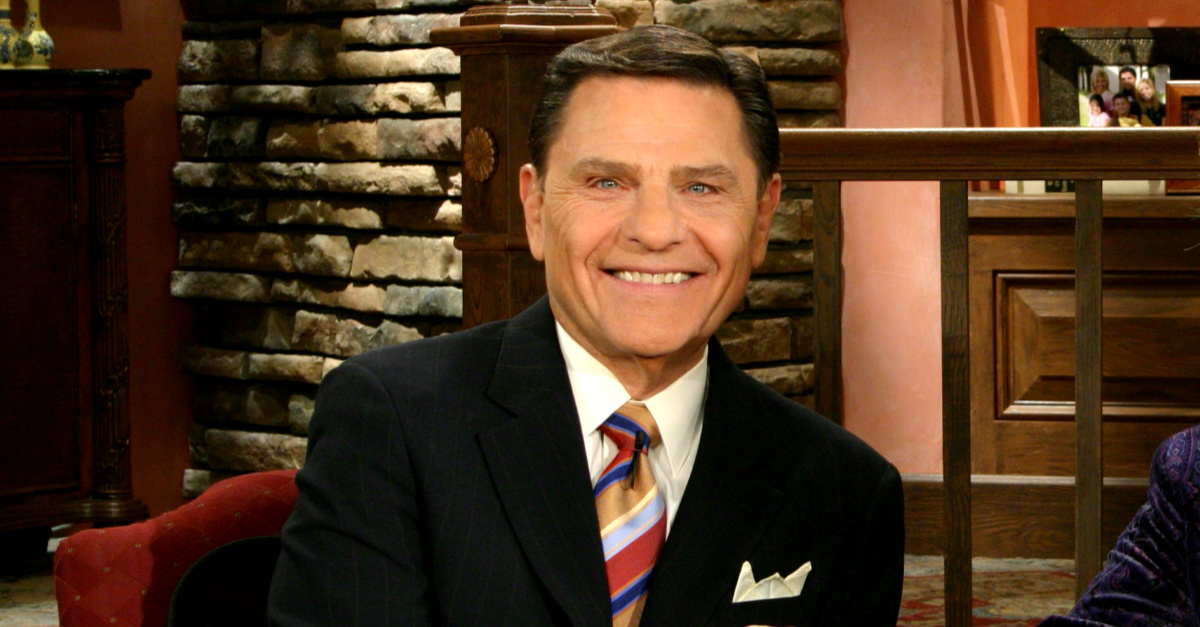 Controversial televangelist Kenneth Copeland has come under fire for attempting to heal people of coronavirus through the television screen.

Copeland was broadcasting a program on his “Victory” channel titled “Standing Against Coronavirus,” when he issued a lengthy prayer for any of his viewers who might be suffering with the illness.

“Put your hand on that television set,” the preacher said as he reached out to the screen, his hands coated with oil. “Hallelujah. Thank you, Lord Jesus. He received your healing. Now say it: ‘I take it. I have it. It’s mine. I thank you and praise you for it …’”

Kenneth Copeland healed viewers of the coronavirus through their televisions last night. pic.twitter.com/8lwHufTIy4

The long-time “health and wealth” preacher has courted controversy for peddling a theology that suggests God will heal all those who can muster up enough faith to believe for it. During his prayer, he doubled-down on this belief system, declaring: “I am not the sick trying to get healed. I am the healed, and the Devil is trying to give me the flu!”

It’s not the first time Kenneth has spoken oddly about devils, demons and outlandish spiritual warfare. Known for his decadent lifestyle, the preacher once said that he refuses to fly commercial because the planes are like “long tubes with a bunch of demons.”

Clarifying his remarks to a reporter at Inside Edition last year, Copeland suggested that the demons he was referring to were related to passengers who struggle with sin, noting that he needed to be away from such things in order to properly prepare for his sermons.
“It’s a biblical thing, it’s a spiritual thing … it doesn’t have anything to do with people,” Copeland said of his flying habits. “But people get pushed in alcohol … do you think that’s a good place for a preacher to be when he’s getting ready to preach?”

The prosperity preacher also insisted that without the use of private jets, he would have to cut out 65% of his ministry activities.

Copeland is not the first televangelist to hit the headlines for trying to heal his viewers of coronavirus. At the end of last week, the FDA issued a warning letter to TV preacher Jim Bakker after he was caught trying to sell a phony product that claimed to cure the illness.

The advert on Bakker’s website boasted that the “Silver Solution” product has been “tested on other strains of the coronavirus, and has been able to eliminate it within 12 hours.”

The FDA said the substance was an “unapproved” drug sold “in violation of the Federal Food, Drug, and Cosmetic Act” and ordered Bakker to remove it from his website immediately.