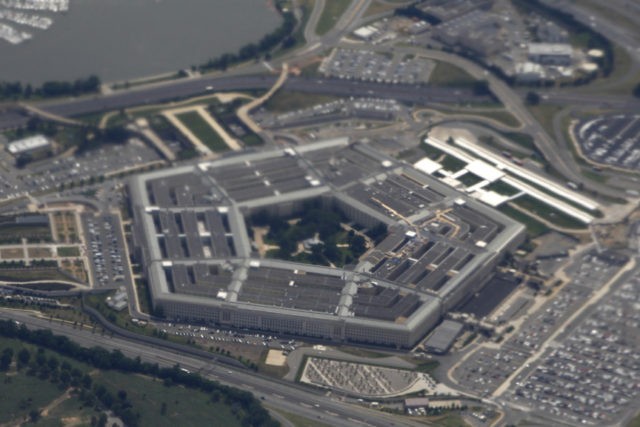 The Pentagon has halted all domestic travel for troops, Defense Department civilians, and their families assigned to bases and other facilities within the U.S. and its territories, beginning March 16 through May 11, in order to halt the potential spread of the coronavirus, the department announced Friday.

That domestic travel includes permanent change of station (PCS) — or moving to a new assignment, and temporary duty (TDY) — temporary assignments in different locations, the Pentagon said in a statement on Friday. Troops will be authorized local leave only.

The restriction will also pause civilian hiring at Defense Department installations and components for persons who did not reside within the hiring entities’ local commuting area.

Exceptions may be granted for compelling cases where the travel is mission-essential, for humanitarian reasons, or warranted due to extreme hardship, the Pentagon said. Approval would have to come from a combatant commander, a service secretary, the Pentagon’s chief management officer, or the director of the Joint Staff, but could be delegated.

Also beginning Friday, the Pentagon building located in Arlington, Virginia, raised its health protection condition from low to moderate, or “Bravo,” and began implementing additional protective measures that would dramatically cut the number of visitors to the building as well as its supporting facilities. The measures apply to those who do not have swipe-access cards to the building already.

The Pentagon is also implementing minimal staffing, by having personnel telework or rotate beginning on Monday.

A senior defense official told reporters on Saturday during a conference call:

Over the last few weeks we’ve been testing our ability to move our personnel on to telework and starting Monday, many offices will voluntarily go to minimal staffing. This may involve additional telework as well as rotating staffing — red and blue teams to limit cross interaction.

Officials said individual offices are making decisions about what functions can be performed via telework and what must be performed at the workplace. Those who need to access classified materials for mission-essential functions will still come into the workplace, they said.

In addition, visitors without access — including international partners and visitors — are also restricted.

The Pentagon has also canceled all public Pentagon tours, major events, retirement ceremonies, promotion ceremonies, and swearing-in ceremonies. The Pentagon’s gym is also closed, as well as some of the Defense Department’s other gymnasiums.

Access to the Pentagon’s retirement homes is also restricted, due to the coronavirus’s heightened risk to the elderly population.

Access has also been restricted for Pentagon employees — government civilians or contractors — who have been overseas recently, particularly in one of the Level 2 or 3 countries as defined by the Center for Disease Control. Those employees should self-isolate for 14 days.

Currently, ten service members have tested positive for coronavirus world-wide, but there is no information indicating that any of them had come into the Pentagon.