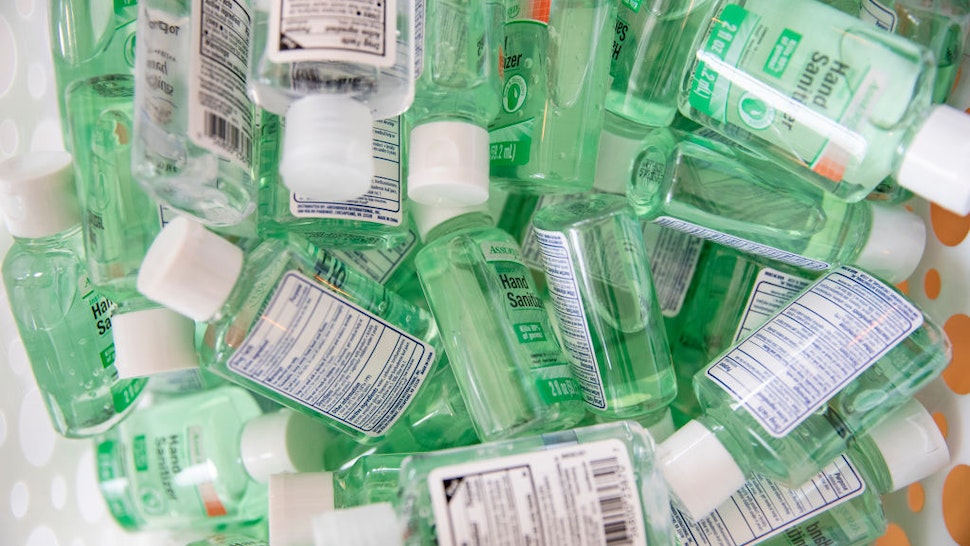 A man who hoarded 17,700 bottles of hand sanitizer this month to sell online, but was then unable to sell the supplies after the Amazon marketplace delisted his products, has decided to donate his stockpile to coronavirus relief efforts.

According to The New York Times, Matt Colvin, a 36-year-old former Air Force technical sergeant, helped local church volunteers in Tennessee to pack away over 60% of his stockpile of hand sanitizer and antibacterial wipes for distribution to people across the state.

The remaining supplies were taken by the state attorney general’s office – which is investigating him for price-gouging during a state of emergency – and the office will distribute the supplies to Kentucky, the state where some of it was purchased. Colvin has denied selling products during a state of emergency, on account that Amazon cracked down on his business earlier in the month, before the emergency was declared.

As The Daily Wire previously reported, Amazon announced that it has removed hundreds of thousands of products due to price gouging.

“We are disappointed that bad actors are attempting to artificially raise prices on basic need products during a global health crisis and, in line with our long-standing policy, have recently blocked or removed hundreds of thousands of offers,” Amazon said in a statement earlier this month. “We continue to actively monitor our store and remove offers that violate our policies.”

In the original New York Times report, titled “He Has 17,700 Bottles Of Hand Sanitizer And Nowhere To Sell Them,” Colvin told the news agency that he had sold 300 bottles of hand sanitizer for prices between $8 and $70 before Amazon delisted his products.

The news organization has since conducted an hour-long follow-up interview with Colvin, during which he showed remorse for his decision to hoard supplies.

“I’ve been buying and selling things for 10 years now. There’s been hot product after hot product. But the thing is, there’s always another one on the shelf,” said Colvin, who runs an online Amazon store where he sells shoes and toys. “When we did this trip, I had no idea that these stores wouldn’t be able to get replenished.”

Colvin also told the Times that he has since been threatened, and a stranger has shown up to his house at night. The Times also reviewed an email of someone warning Colvin his family would likely be murdered.

“It was never my intention to keep necessary medical supplies out of the hands of people who needed them,” said Colvin, reports the news agency. “That’s not who I am as a person. And all I’ve been told for the last 48 hours is how much of that person I am.”

In the original report, Colvin said he believed he was helping to address “inefficiencies in the marketplace,” and was performing a sort of public service.

“There’s a crushing overwhelming demand in certain cities right now,” said Colvin in the original Times report. “The Dollar General in the middle of nowhere outside of Lexington, Ky., doesn’t have that.”

The news agency reported that, during the first three days of March, Colvin’s brother traveled 1,300 miles in a U-Haul collecting supplies while Colvin waited at home and listed items.

According to Bloomberg News, the FDA has chosen to address hand sanitizer shortages by relaxing federal regulations and encouraging pharmacists and other licensed health professionals to make their own.

The government agency says it will not take any actions against facilities or licensed professionals who decide to make hand sanitizer, so long as they follow health guidelines and use proper ingredients and ratios.

The Centers for Disease Control emphasizes that senior citizens and people with chronic medical conditions are most at risk from coronavirus, but has encouraged every person, regardless of age, to take the following precautions: