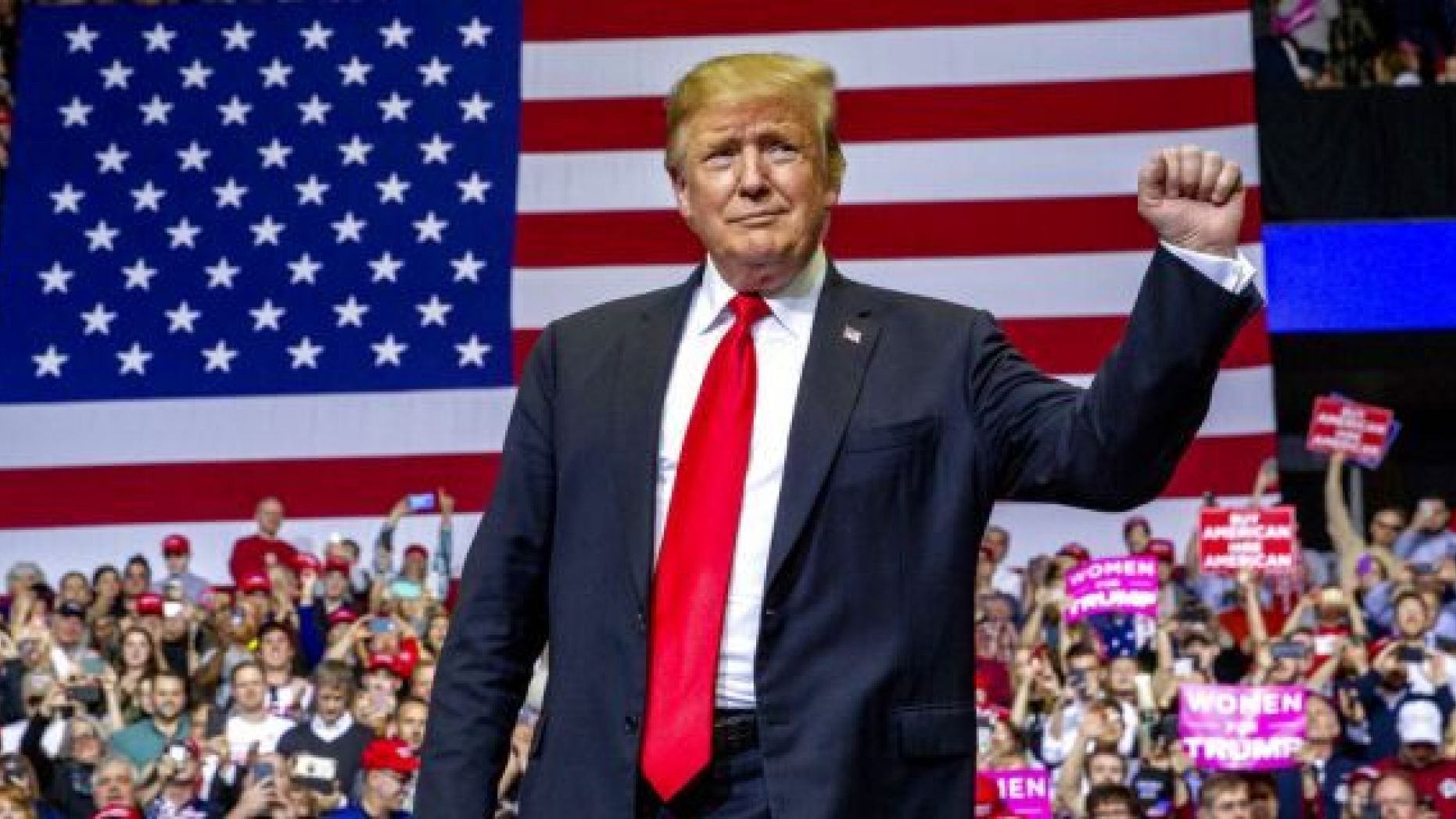 While the mainstream media have been running around yelling thtat the sky is falling and the left is criticizing Trump for not acting fast enough in curtailing the spread of the coronavirus, here’s how it will end up helping Trump during his re-election campaign.  It will validate the need to continue with his two biggest campaign issues from 2016: building a wall on the Mexican border and getting the United States off its dependency with China by re-balancing trade.

He’s already succeeded more than anyone would have thought possible with both of these issues.

When the presidential campaign begins in earnest this coming fall, the Coronavirus “crisis” will be long over with, so Trump will be able to raise it as an example of why the United States needs secure borders and to reduce our dependency on China, especially when it comes to prescription drugs that have been outsourced to China.  The best example is the production of antibiotics.  From “China’s Lock on Drugs,” published back in May of 2018:

China has exclusive manufacturing agreements for drugs for anesthesia, cancer and HIV/AIDS, along with other medicines that “we use every day, not only in hospitals but in our own medicine chests,” Gibson says, adding that China is now the world’s only source of antibiotics, including the main ingredient in vancomycin, a treatment of last resort that is used by patients who are suffering from infections that are resistant to other treatment.

The article goes on to say:

Multinational drug companies, many of them headquartered in the United States, began buying ingredients for critical drugs in China after the U.S.-China Fair Trade Agreement passed nearly two decades ago.  State-owned Chinese companies, buoyed by heavy government subsidies, set their prices so low that they were able to undercut established manufacturers in the U.S. and elsewhere, prompting them to shut down their plants and move their operations to China, the authors say.

Just like the automotive industry moving so much of its manufacturing to Mexico, the manufacturers of prescription drugs have moved their production to China in the form of outsourcing.  In the process, also just like the auto industry, the pharmaceutical industry has lost a large number of jobs, making China its key supplier.

With regard to Trump’s issues on illegal immigration, the coronavirus crisis will demonstrate just how important it is to secure the country’s borders.  Trump has already succeeded in building a large part of the border wall with Mexico that he promised in 2016, despite the “resistance” of the Democrats and their allies in the mainstream media.  So during the 2020 campaign, how will Joe Biden, assuming he’s the Democrats’ presidential nominee, be able to criticize Trump for his hard line on the border?  And how will Biden square an open borders policy with the circle of American health care security?  The easy answer is that he won’t, and he will look like a fool if he tries.

A little known fact about the H1N1 “Swine Flu” epidemic that took place in 2009, Obama’s first year as president, is that it originated in Mexico.  It was a mystery for a long time as to where it started, and one has to wonder why it took so long to find out.  It wasn’t until seven years later, in 2016, that researchers were able to make a firm determination.  From “2009 swine flu pandemic originated in Mexico, researchers discover“:

The 2009 swine H1N1 flu pandemic — responsible for more than 17,000 deaths worldwide — originated in pigs from a very small region in central Mexico, a research team headed by investigators at the Icahn School of Medicine at Mount Sinai is reporting.

The scientists say their findings, published in the journal eLife, represent the first time that the origin of an influenza pandemic virus has been determined in such detail.

During the 2016 campaign, besides keeping out criminal elements and stopping the flow of drugs into the country, the argument was made by then–presidential candidate Trump that illegals crossing into the United States were bringing diseases with them, such as tuberculosis, adding to his reason for building a border wall with Mexico.  During this coming fall campaign, the argument for continuing to secure the southern border with Mexico will be that much more powerful and neutralize any counter-arguments that it’s a racist and uncompassionate policy.

From the Southern Medical Association in 2015:

There is no way for us to know the incidence of tuberculosis and other diseases carried by those who are in our country illegally and hence not subject to medical examination.

This public health issue is ignored by all those Americans championing sanctuary cities.  The issue is also ignored by Americans clamoring for open borders, and that includes many of my libertarian friends.  By the way, in the late 19th century and early 20th century, when masses of European immigrants were trying to enter our country, those with dangerous diseases were turned back from Ellis Island.  Americans hadn’t “progressed” to the point of thinking anyone in the world has a legal right to live in America.  Neither did they think it was cruel or racist to take measures to prevent our fellow Americans from catching diseases from foreigners.

In the final analysis, the coronavirus crisis will turn out to be a gigantic boost to Trump’s campaign in ways that could never have been foreseen and utilized if it had never happened.  This is not to say the crisis is a good thing; rather, it will be devastating for Joe Biden when he goes to campaign against Trump on the all-important and inter-related issues of  border security, health, and jobs.  Biden simply will not be able to present a message that will be coherent or credible to counteract Trump’s ongoing and successful theme of always putting America first.