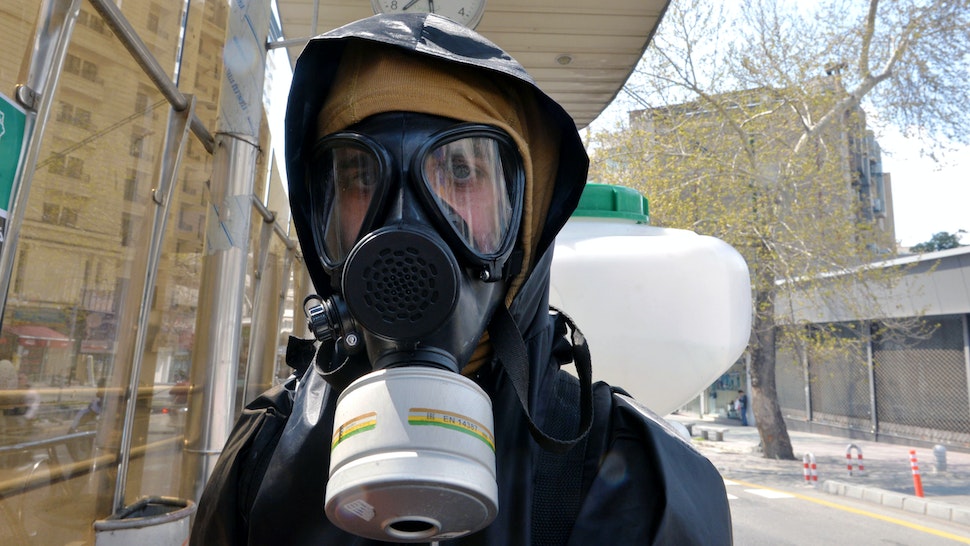 Dr. Rick Brennan, Director of Emergency Operations in the World Health Organization’s (WHO) new Emergencies Program, revealed on Monday that the number of coronavirus cases in Iran is potentially five times higher than what is being reported.

“Iran has the third highest case load after China and Italy, with nearly 13,000 confirmed cases, according to WHO data,” Reuters reported. “However, Brennan, who just returned from a mission to Iran last week, said that the number of cases reported could represent only about a fifth of the real numbers.”

“We’ve said the weakest link in their chain is the data,” Brennan said. “They are rapidly increasing their ability to test and so the numbers will go up.”

Back in late February, Iran’s government claimed that only 388 people had been infected and that 34 people had died from the coronavirus, which originated in China.

At the time, the BBC reported that the real number of deaths was believed to be at least 210, a number that came from sources inside the country’s health system.

Iranian officials identified the central city of Qom as the center of an outbreak that was announced on Feb. 19, but refused to quarantine the city, calling such measures relics of the era before World War I.

After the virus spread to other cities, the government kept the roads open to the northern part of the country, despite pleas from local officials there to restrict traffic, though it has urged Iranians not to travel and has canceled large gatherings such as Friday prayers.

The outbreak in Iran and in Qom has been so devastating that The Washington Post identified through high-quality satellite images that appear to show mass grave sites the size of football fields.

Two days after Iran declared its first cases of the novel coronavirus — in what would become one of the largest outbreaks of the illness outside of China — evidence of unusual activity appeared at a cemetery near where the infections emerged.

At the Behesht-e Masoumeh complex in Qom, about 80 miles south of Tehran, the excavation of a new section of the graveyard began as early as Feb. 21, satellite images show, and then rapidly expanded as the virus spread. By the end of the month, two large trenches — their lengths totaling 100 yards — were visible at the site from space.

According to expert analysis, video testimony and official statements, the graves were dug to accommodate the rising number of virus victims in Qom.

In a video analyzed by The Washington Post, a worker who was burying bodies said that they had already buried approximately 250 bodies.

Channel 4 News, a British news station, reported late last week that a doctor inside Iran said that his hospital was losing “20 or 30 patients a day.”

“It’s a disaster,” the doctor allegedly said. “It’s worse than the war.”

Tonight @Channel4News I’m reporting on #coronavirus spreading in Iran, including audio of a desperate doctor who says his hospital is losing 20 or 30 patients a day. “It’s a disaster. It’s worse than the war.” A few days after the recording he also died.