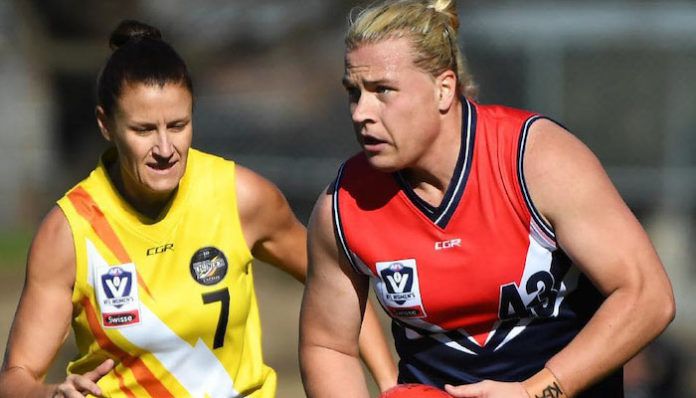 The Idaho Senate has voted to approve the “Fairness in Women’s Sports Act” (HB 500a), which will ban biological males who identify as female from competing in girls’ and women’s sports and athletic events.

The bill passed the State Senate, 24-11, after being approved by the House in February, 52-17. The House must approve a Senate amendment to the bill prior to sending it to the desk of Republican Gov. Brad Little for his signature.

The State Senate approval means Idaho is set to become the first state in the union to protect girls’ and women’s sports from transgender athletes who were born male and decided to identify as female.

The “Fairness in Women’s Sports Act” has been welcomed enthusiastically by girls and women who compete in sports in Idaho, however liberals who promote the ideology that gender identity trumps biological science are outraged.

Breitbart report: Left-wing LGBT activists and their media allies are attempting to shame members of the Idaho legislature who voted to protect girls’ and women’s sports as the coronavirus pandemic continues.

“In the face of a global pandemic, the #Idaho Senate spent yesterday passing a dangerous bill that singles out #transgender students for discrimination,” the group complained:

This is downright shameful: In the face of a global pandemic, the #Idaho Senate spent yesterday passing a dangerous bill that singles out #transgender students for discrimination. https://t.co/LY5vOhb5b1 #IDLeg

Hey #IDLeg: How about we all come together to find solutions during this global crisis – and drop this senseless attack on #transgender students? Stop #HB500! (cc: @GovernorLittle) https://t.co/ptk9slteWx

“We are not trying to do anything except save women’s sports for girls and women,” said Idaho Sen. Mary Souza (R), one of the bill’s sponsors, according to the Idaho Press.

Souza also told her fellow lawmakers fearful of the bill drawing a lawsuit that a “third-party group that has been working with us on this bill … will be responsible for any legal defense fees.”

“So, is there a problem now?” she asked, and added:

Not in Idaho. Although there was a young man on a track team in eastern Idaho who decided a year ago that he wanted to run on the girls’ team. He was on the boys’ track team, and he wanted to sign up for the girls’ track team. And he thought about it, talked to the coach and made a decision not to do that. I don’t know any of the details, but that’s what the outcome was. It’s coming. The issue is in states across the country.

Left-wing media Vox also attempted to shame Idaho lawmakers who voted to approve the trans athlete ban during the coronavirus crisis. The headline on its story about the bill read, “While the country deals with the coronavirus, Idaho state legislators prioritize banning trans athletes.”