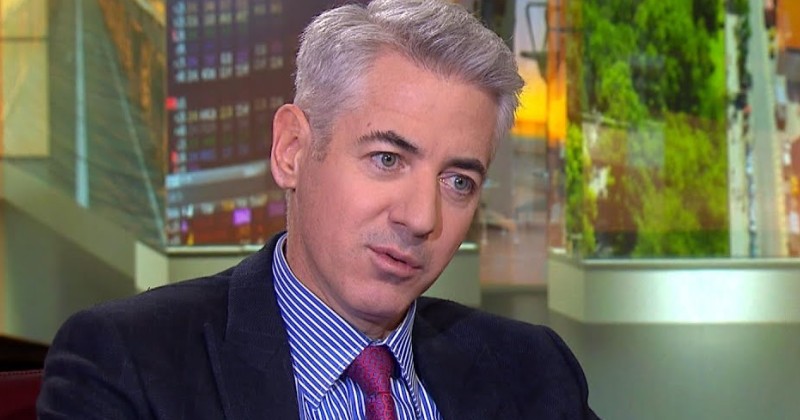 Billionaire Bill Ackman has warned President Trump that unless he totally shuts down the borders, sends people home for 30 days and has the government cover their wages, “America will end as we know it.”

Following up from a tweet in which he called on Trump to “shut down the country for the next 30 days and close the borders,” Ackman told CNBC “hell is coming” and the entire system of capitalism would collapse unless drastic measures were taken now.

Mr. President, the only answer is to shut down the country for the next 30 days and close the borders. Tell all Americans that you are putting us on an extended Spring Break at home with family. Keep only essential services open. The government pays wages until we reopen.

“What’s scaring the American people and corporate America now is the gradual rollout,” Ackman told CNBC’s Scott Wapner. “We need to shut it down now… This is the only answer.”

“Capitalism does not work in an 18-month shutdown, capitalism can work in a 30-day shutdown,” he warned, noting that the hotel, airline and restaurant industries will go completely bankrupt if the situation drags on for longer than a month.

“Beginning in late January I was getting increasingly bearish and I woke up with a nightmare,” Ackman said, adding that he personally went into lockdown a month ago to save his father, who is immunocompromised.

“And my nightmare was you have this virus that replicates and infects incredibly rapidly,” he added.

Calling on all Americans to make sacrifices, the billionaire pleaded, “[The president] is not saying storm the beaches of Normandy right, he’s saying go home, go home, spend a month with your family.”

If he takes these measures and saves America from coronavirus, Trump is guaranteed re-election in November, according to Ackman.

One thought on “BILLIONAIRE BILL ACKMAN: “AMERICA WILL END AS WE KNOW IT” UNLESS TRUMP SHUTS DOWN BORDERS”