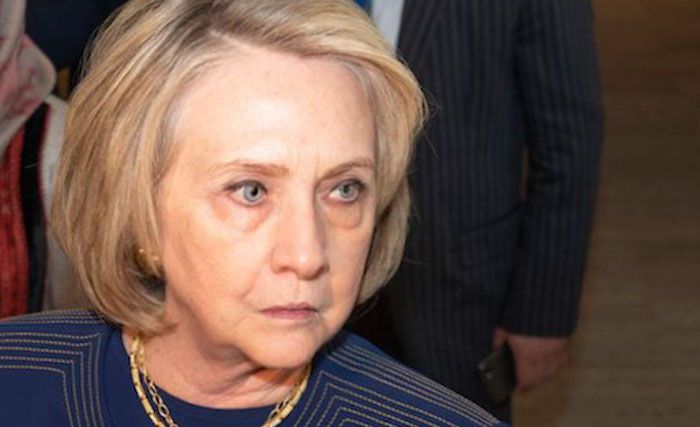 Hillary Clinton has urged Congress to “make voting by mail the norm” as a result of the ongoing coronavirus outbreak.

President Trump said earlier this week that he expects the current COVID-19 situation to last through July or August. The Trump administration has not yet said what plans are in place for the November election.

Clinton’s call echoed a similar one by Arizona Secretary of State Katie Hobb, who urged lawmakers to allow all-mail voting this year.

Republicans are skeptical, recalling the words of President-elect Barack Obama’s incoming chief of staff, Rahm Emanuel, in 2008: “You never want a serious crisis to go to waste.”

Over the past several weeks, elections officials throughout Arizona have worked under extraordinary conditions to put on a fair, free, and safe Presidential Preference Election.

Breitbart.com reports: Several states already allow voting by mail, though Republicans have warned that California’s system is vulnerable to fraud. There, Democrats legalized a system called “ballot harvesting,” which allows unverified third parties to deliver each other’s ballots — effectively allowing party organizers to bring thousands of ballots to be counted.

Republicans blamed some of their 2018 losses in California on “ballot harvesting.” And Republican efforts to copy Democrats’ tactics have failed because Republicans are generally more reluctant to give their ballots to others.

Clinton is familiar with the value of voting by mail: she was thought to be running neck-and-neck with Sen. Bernie Sanders (I-VT) in California in the 2016 presidential primary, but then she won by several points — largely because she had stronger turnout in mail-in ballots. Mail-in ballots also helped her run up popular vote margins in 2016.