Instead, the communist state lied and tried to cover it up 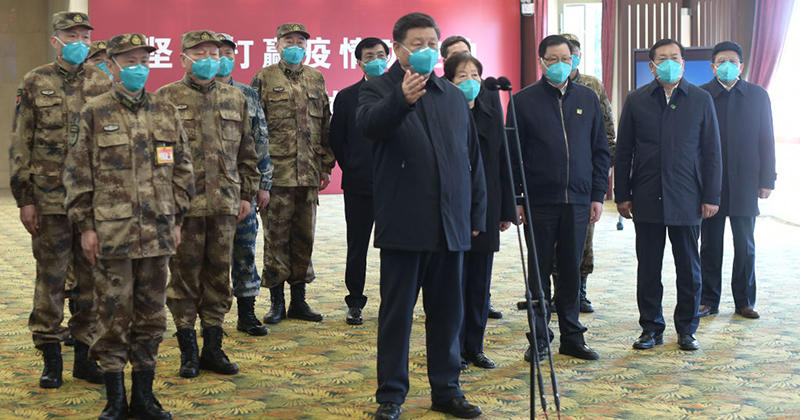 A scientific study has found that had China acted sooner to combat the spread of their coronavirus, then the spread could have been almost entirely avoided, and it would not have become a global pandemic.

Research out of the University of Southampton in the UK, based on world population mapping funded primarily by the Bill and Melinda Gates Foundation, discovered “that if interventions in [China] could have been conducted one week, two weeks, or three weeks earlier, cases could have been reduced by 66 percent, 86 percent and 95 percent respectively – significantly limiting the geographical spread of the disease.”

Study author Dr Shengjie Lai, of the University of Southampton, comments: “Our study demonstrates how important it is for countries which are facing an imminent outbreak to proactively plan a coordinated response which swiftly tackles the spread of the disease on a number of fronts.”

"A study published in March indicated that if Chinese authorities had acted three weeks earlier than they did, the number of coronavirus cases could have been reduced by 95% and its geographic spread limited."

Director of the University of Southampton’s WorldPop group, Professor Andy Tatem, adds: “We have a narrow window of opportunity globally to respond to this disease and given effective drugs and vaccines are not expected for months, we need to be smart about how we target it using non-drug-related interventions.”

“Our findings significantly contribute to an improved understanding of how best to implement measures and tailor them to conditions in different regions of the world.” Tatem continued.

It has become clear that the first cases of the Chinese virus were reported in mid-late November and early December, with scientists even estimating that the first jump of the virus from animals to humans probably occurred in October in the city of Wuhan.

Instead of acting immediately, the Chinese government waited until January 23rd before issuing quarantine orders to the 11 million people living in Wuhan.

The communist state was also actively working to suppress and punish doctors and scientists who tried to get warnings out, and  lied to the world by claiming there was “no evidence” of human-to-human transmission.

China lied to the world 2 months ago in claiming there was "no evidence" of human-to-human transmission.

Media: It's not China's fault, stop being mean to China. https://t.co/9RNGyopjy4

They covered it up for a over month, brutally silenced whistleblowers, lied to the rest of the world and facilitated a geographic spread that would have been reduced by 95% if they'd been honest.

That's quite the ball drop. https://t.co/NQEmJ3SYyE

It is disgustingly racist to blame a country for the spread of a virus simply because of horrifying sanitary conditions at wet markets, animal cruelty involving sickening cross-contamination, & dictatorial suppression of information that could have averted this global pandemic.