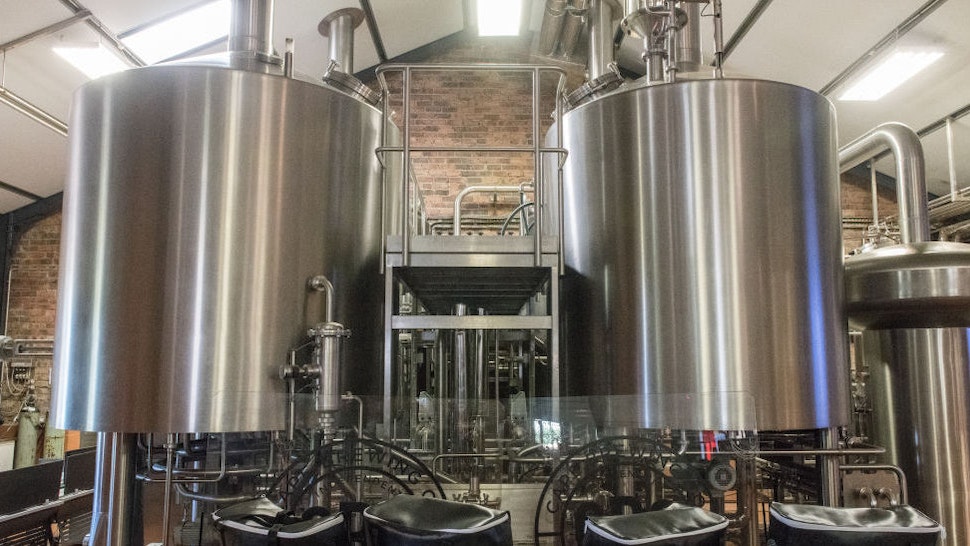 A growing number of local distilleries are finding a creative way to help Americans — and their employees — amid the coronavirus pandemic.

Distilleries in Pennsylvania, Vermont and North Carolina are temporarily converting their operations to produce a much-needed product amid the plague of panic-buying: hand sanitizer.

In a report promoted by President Trump on Thursday, NBC News tells the story of multiple local distillery owners responding to the exploding demand for hand sanitizer, which has largely disappeared from shelves and is one of the more price-gouged items during the crisis.

“America’s Private Sector is stepping up to help us be STRONG!” Trump tweeted Thursday in reference to NBC’s report. “Many of the Nation’s distillers, large and small, are producing and donating hand sanitizer to help fight [COVID-19]. THANK YOU!”

America’s Private Sector is stepping up to help us be STRONG! Many of the Nation’s distillers, large and small, are producing and donating hand sanitizer to help fight #COVID19. THANK YOU! https://t.co/bcjKA9Janw

“A Pennsylvania distillery owner who grew increasingly angry as he saw the skyrocketing price of hand sanitizer has decided to do something about it: He’s temporarily converting his operation into a production line for the suddenly hard-to-find, gooey, alcohol-based disinfectant,” NBC reported this week.

“Eight Oaks Farm Distillery filled its first 20 bottles on Monday, a batch destined for charitable groups that need hand sanitizer but haven’t been able to get it due to the coronavirus pandemic,” the outlet reports. “The family-owned distillery plans to dramatically boost production this week and distribute the bottles to charities as well as offer them at farmers’ markets where it sells its spirits and through its website. The price: whatever people decide to donate.”

The goal, the brewery’s founder Chad Butters told NBC, is to “flood the valley with hand sanitizer and drive that price right down.”

Other distilleries are taking similar action, among them Vermont’s Green Mountain Distillers and Smugglers’ Notch Distillery and North Carolina’s Durham Distillery. The way the distilleries are handling payment varies, including whatever people choose to donate and donating a portion of proceeds to coronavirus response efforts.

Some of the motivation to convert the distilleries to hand sanitizer production is to find ways to be able to pay employees amid widespread mandated shutdowns of bars and restaurants.

“I know I have a unique opportunity to help out a little bit and keep my staff employed,” said Smugglers’ Notch Distillery co-owner Jeremy Elliott. Some 40% of the distillery’s business comes from bars and restaurants, NBC reports.

The hand sanitizer initiative is rapidly gaining traction. The Distilled Spirits Council of the United States has been in contact with  Trump’s coronavirus task force and regulatory agencies to help cut through the red tape. Chief Executive Officer Chris Swonger told NBC that so far the government has been quite receptive to their efforts.

Trump has been making a point of publicly celebrating the private sector’s response to the crisis. As The Daily Wire noted earlier this week, Trump took a moment Wednesday to praise retail giant Target’s efforts to continue to provide crucial supplies to Americans and care for their employees during the pandemic.

“The hospitality industry is going to be decimated by this and they are our primary clients. We’re looking for ways to help in the response to this, but also to find other ways to look for revenue streams,” Trump tweeted in response to Target CEO Brian Cornell, one of the CEOs who joined the president in a press conference last Friday, outlining new measures his company was taking.

Thank you to our great American businesses for going above and beyond to keep our most vulnerable citizens safe! https://t.co/BlV0E4r5IB