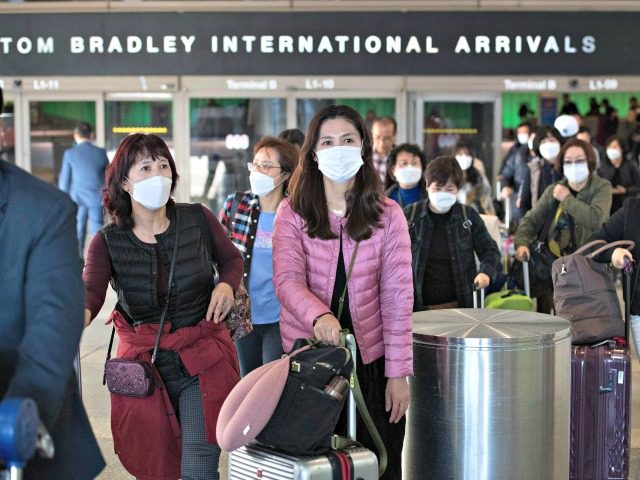 On Friday, President Trump took a crucial step in protecting American citizens during the coronavirus pandemic.  He completed the closure of the land ports of entry into the United States to nonessential traffic. In other words, he closed the front door.

But the back door remains wide open. Because of congressional inaction for decades, the vast majority of the southern border remains unprotected. More than 1,000 miles of border with Mexico has no effective barrier to stop pedestrian traffic.

In times of global pandemic, it is essential that our country be able to control who enters and be able to screen those who do.  Now, more than ever, borders matter.

As I wrote in January, last year there was a massive increase in the number of Chinese nationals sneaking across the Mexican border. In FY 2019, the number of Chinese migrants caught at the southern border in the Rio Grande Valley (RGV) Sector increased 85%, from approximately 700 to over 1,300.

Thousands of Chinese nationals successfully entered the country illegally across the southern border in FY 2019. And none of them were screened for the coronavirus. Not tests, no quarantines, nothing.

Unfortunately, that huge flow of Chinese illegal aliens has created travel networks that other Chinese nationals have been able to use to evade the travel ban from China that President Trump prudently announced on January 31.

And it’s happening. As of this writing, according to Border Patrol figures, more than 350 Chinese nationals have been apprehended at the southern border since January 1.

And for every illegal alien who’s caught, one can assume that three made it in without getting caught. That means that more than 1,000 Chinese nationals have entered illegally this year already—most of them after the Chinese travel ban was put in place.

As long as our border remains wide open, no travel ban will be completely effective. That is a powerful lesson of this crisis.  Let’s hope that Congress learns it and completes the funding for the entire southern border wall as soon as possible.

Kris W. Kobach served as the Secretary of State of Kansas during 2011-2019.  An expert in immigration law and policy, he coauthored the Arizona SB-1070 immigration law and represented in federal court the 10 ICE agents who sued to stop Obama’s 2012 DACA executive