The American government is preparing for something major 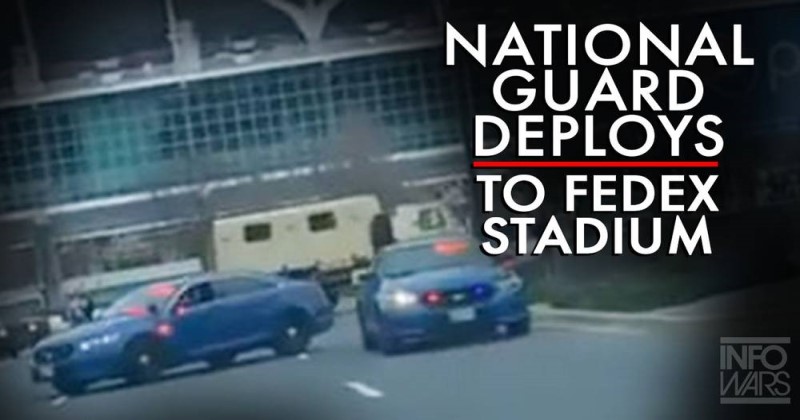 Alex Jones breaks down footage of the National Guard setting up at FedExField, home of the NFL’s Washington Redskins in Landover, Maryland.

Dozens of unmarked police vehicles, military vehicles and military-style are seen in the parking lot of the stadium, which is located just miles away from the nation’s capital in Washington, D.C.

“The government is taking this very serious and is gearing up for something big,” warns Alex Jones.

One thought on “NATIONAL GUARD DEPLOYS TO FEDEXFIELD IN MARYLAND”