“I don’t give a damn about whether the presumably delicate sensitivities of the brutal Chinese Communist Party are offended or not.” 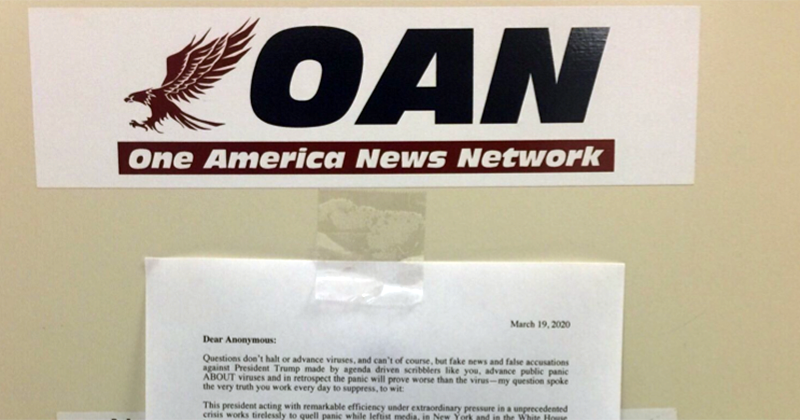 A reporter with OANN fired back at leftist journalists in the White House press corps who wrote a passive-aggressive note after she asked the President whether ‘Chinese food’ is racist.

Chanel Rion of the One America News Network asked the question to make the point that the leftist media is parroting communist Chinese narratives about the spread of the coronavirus, and obsessing about Trump calling it ‘the Chinese virus’.

Wow, The White House does not even read the New York Times or the Washington Post anymore it is not distributed there.

Rion’s question triggered leftist reporters into a frenzy, and prompted one to leave a passive aggressive note. Of course, it was anonymous: