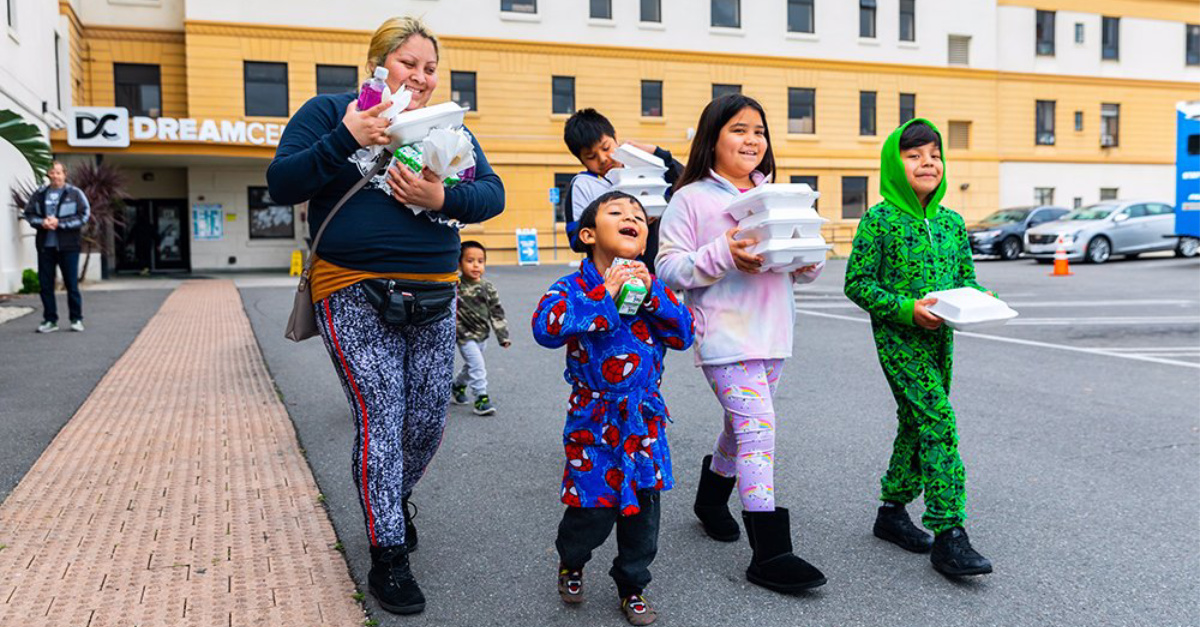 LOS ANGELES (RNS) — It’s been a week since the Pentecostal megachurch Angelus Temple in Los Angeles chose to cancel its public church services and decided to instead focus on feeding families in the midst of the coronavirus pandemic that has caused job layoffs and shut down schools and restaurants.

The Dream Center, the church’s nonprofit in Echo Park, has been open from 7:30 a.m. to 6:30 p.m. to provide free hot and boxed meals all week — not just to families with children from the Los Angeles Unified School District, but to anyone who stops by for its drive-thru or pick-up service.

The center will also be distributing meals this weekend.

The church is averaging 5,000 meals a day as well as 150 daily visits to the elderly to provide them with food. Chick-fil-A and Pink’s Hot Dogs have donated food, he said.

The center is also asking for monetary contributions to be able to continue serving residents. Los Angeles Dodgers teammates Justin Turner and Clayton Kershaw are among those who have donated money and have even called businesses to supply food.

Barnett said the church plans to provide meals as long as necessary.

The center has also distributed free diapers to those in need and has taken in some 16 people without a home. On Thursday (March 19) Barnett said the center ordered $20,000 of mass food from vendors it normally works with. That money came from the church, he said.

Church members have had to tweak the way they provide meals since social distancing measures continued to shift throughout the week.

“We’re just listening to the news cycle on one hand and we’re just adjusting on the fly as people just keep showing up,” Barnett said earlier this week.

Barnett said some people thought the church’s decision to cancel its public services last week was abrupt and drastic, “but we knew that something was about to happen that was to become major.”

“So we just put our emphasis on other areas,” Barnett said.

In Los Angeles, “that’s going to be food scarcity as the shelves are going to be empty and families have been displaced,” Barnett said.

While some churches have resisted the idea of canceling public gatherings, Barnett said that by following the social distancing guidelines and canceling those public services “you can alleviate some fears and make that community a little bit safer or feel more protected.”

That resistance, he said, “is not productive in bringing about healing and possibilities of what we can do during this time.”