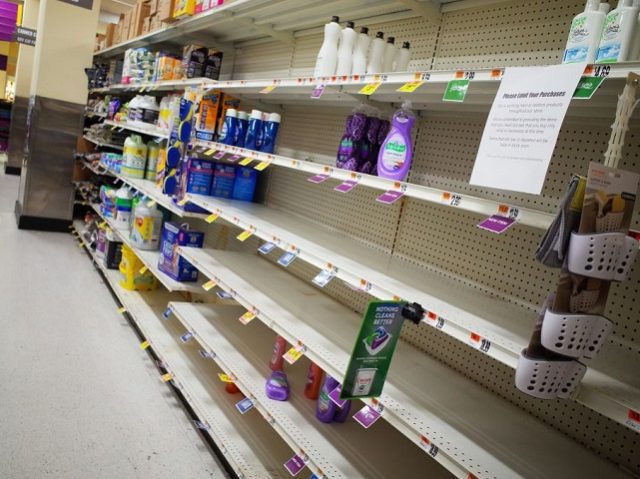 Despite a warning by Texas Attorney General Ken Paxton that price gouging related to the Chinese coronavirus will be prosecuted, more than 300 complaints have been filed as of Friday.

“Any person or business selling goods must be aware that they are prohibited by law from engaging in price gouging if they unreasonably raise the cost of necessary supplies at any point during a declared disaster,” Attorney General Paxton said in a written statement on March 13. “My office will work aggressively to prevent disaster scams and stands ready to prosecute any price-gouger who takes advantage of those taking precautions and looking for safety and supplies.”

During a disaster declaration, like the ones issued by President Donald Trump and Texas Governor Greg Abbott, the Texas Attorney General has the authority and responsibility to enforce anti-price gouging laws. The Texas Deceptive Trade Practices Act provides a penalty of up to $10,000 per violation. That penalty increases to $250,000 per incident if the victims are elderly, the AG’s website states. Attorney General Paxton encourages those who may have been victimized by unscrupulous vendors to call 800-621-0508 or file an online complaint.