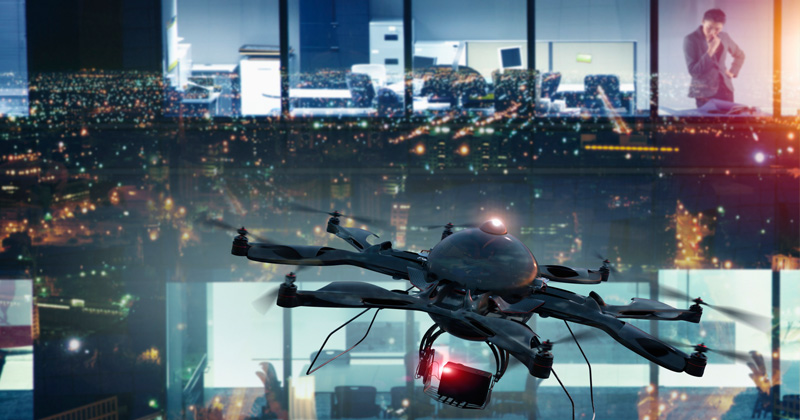 The Chula Vista Police Department in southern California has announced it’s doubling its fleet of drones, purchasing two Chinese-made drones equipped with cameras and loudspeakers for possible use during the COVID-19 lockdown.

As the state’s governor recently declared a “stay at home” order and is considering announcing Martial Law, police departments are preparing for potential unrest.

“We have not traditionally mounted speakers to our drones, but … if we need to cover a large area to get an announcement out, or if there were a crowd somewhere that we needed to disperse, we could do it without getting police officers involved,” said Chula Vista Police Capt. Vern Sallee.

Sallee added, “We have not traditionally mounted speakers to our drones, but … if we need to cover a large area to get an announcement out, or if there were a crowd somewhere that we needed to disperse, we could do it without getting police officers involved.”

“The outbreak has changed my view of expanding the program as rapidly as I can,” Sallee explained.

The police captain also explained how the flying devices could be used to conduct operations that could put officers in harm’s way.

For example, Sallee said homeless people could be contacted via the drone’s microphone, noting, “We need to tell them we actually have resources for them — they are vulnerable right now. It might be impractical or unsafe for our officers to be put into those areas.”

The drones were purchased from a Chinese company called DJI, the world’s largest civilian drone manufacturer.

Spencer Gore, chief executive of U.S.-based drone company Impossible Aerospace, says his company is “working like crazy” to provide drones for police departments around the country who are suddenly in the market to buy.

“What we saw in China, and what we’re probably going to see around the world, is using drones with cameras and loudspeakers to fly around to see if people are gathering where they shouldn’t be, and telling them to go home,” Gore said, admitting, “It seems a little Orwellian, but this could save lives.”

China even used drones to enforce the country’s mandatory protective face mask order, as The Washington Examiner reported, a human rights activist named Jennifer Zeng tweeted out a video of drones operating in China, saying, “Traffic police in Muyang, China, using a drone to check on passengers and then giving orders remotely via loudspeaker. Traffic officers blasted, ‘Where is your mask? Wear your mask!,’ in Chinese through the drones that had audio capabilities.”

Drones were used for COVID-19 regulation enforcement in Brussels as well.

Police drones are being used in Brussels to warn the public that lockdown is in force, and that social distancing regulations must be adhered to.

For the latest updates on #coronavirus, click here: https://t.co/nINriV0Bo4 pic.twitter.com/M3JNMNJhCH