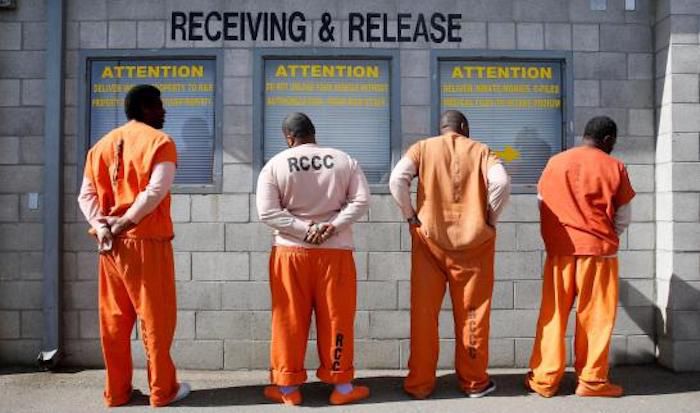 California’s coronavirus response has left many people outraged, as the state allows thousands of prisoners to walk free because of COVID-19 fears, while ordering the rest of the population to “shelter in place.”

At the same time, Los Angeles is moving homeless people to recreation centers in residential areas — a move opposed even by some homeless people, who point out they will be more at risk of contracting the virus in crowded, enclosed spaces.

In Alameda County, officials announced 247 people were being released from the Santa Rita Jail in Dublin. San Diego County officials have announced similar moves, as have San Francisco, San Mateo and other counties.

The Los Angeles County Sheriff’s Department has reduced its inmate population by 6% in the last three weeks and Dist. Atty. Jackie Lacey said her office would consider reducing bail for thousands of nonviolent offenders.

There were no confirmed coronavirus cases inside L.A. County jails as of Thursday, the Times notes, however liberal civil rights activists have been campaigning for prisoners to be released due to fears that COVID-19 could spread in overcrowded prison environments.

Breitbart report: But on Friday, the city began implementing a plan to move thousands of homeless people into temporary shelters inside recreational buildings in residential areas.

The plan is opposed even by some homeless people, who fear they will be more susceptible to coronavirus inside shelters — even with beds 6 feet apart — than in the open.

Officials are struggling to prevent a coronavirus outbreak among homeless people who a live in crowded makeshift encampments alongside streets and in vacant lots. They are also trying to create space for “social distancing” inside existing homeless shelters by relocating residents.

One thought on “California Releases Thousands of Inmates Due To Covid-19, While Ordering Everyone Else to ‘Shelter in Place’”