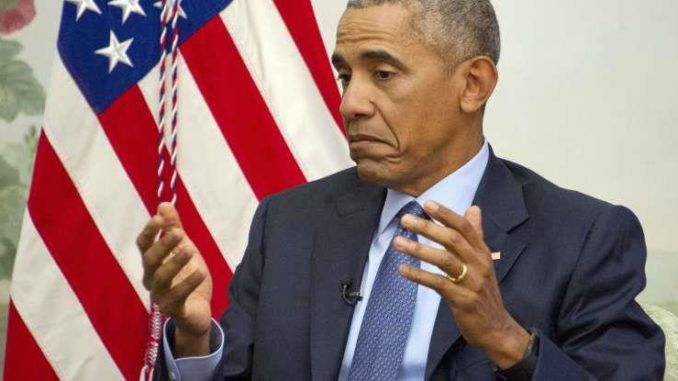 The Obama administration depleted the nation’s stock of N95 masks during the H1N1 swine flu pandemic in 2009 and then failed to restore it, leaving the nation vulnerable during times of crisis, according to new reports.

A federally backed task force and a safety equipment organization both urged the Obama administration to replenish the stockpile of 100 million masks, however, the recommendation was ignored by the Obama White House.

President Donald Trump may be right to claim that he “inherited” a system that was not ready to fight a pandemic, according to the report.

The Washington Examiner, citing Bloomberg News and the Los Angeles Times, reported Monday that the Obama administration used “millions of N95 masks” in the fight against the H1N1 virus in 2009, but did not replace them:

The national shortage of N95 respirator masks can be traced back to 2009 after the H1N1 swine flu pandemic, when the Obama administration was advised to replenish a national stockpile but did not, according to reports from Bloomberg News and the Los Angeles Times.

A federally backed task force and a safety equipment organization both recommended to the Obama administration that the stockpile be replenished of the 100 million masks used after the H1N1 outbreak, according to the Los Angeles Times.

Bloomberg News reported similar findings last week, noting, “after the H1N1 influenza outbreak in 2009, which triggered a nationwide shortage of masks and caused a 2- to 3-year backlog orders for the N95 variety, the stockpile distributed about three-quarters of its inventory and didn’t build back the supply.”

The Trump administration has moved to enlist the support of private industry to produce hundreds of millions of masks, which are desperately needed for hospitals, and health care workers on the front lines of the fight against coronavirus.