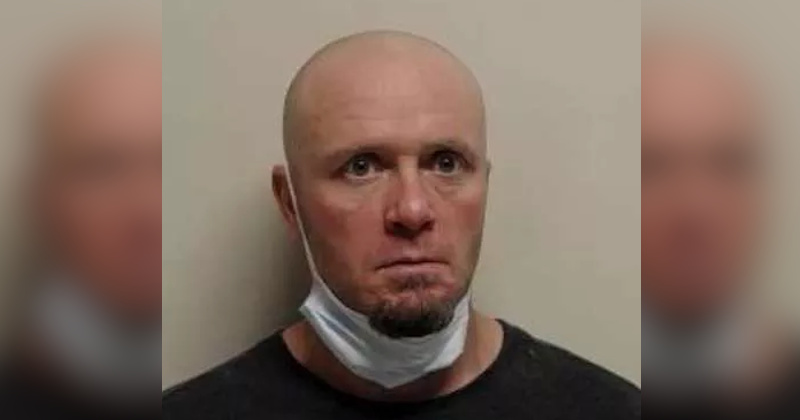 A parolee released early due to ‘concerns about coronavirus’ was arrested by Utah police after allegedly breaking into a house and taking a woman hostage at knife point.

Joshua J. Haskell, 42, was freed from a halfway house in Utah shortly before breaking into the home of a woman whom he tied up and threatened to kill with a knife, according to police.

Haskell “forcibly entered a home … [and] using a large, serrated knife, he threatened the homeowner and tied her up with shoelaces,” the Deseret News reports, citing charging documents.

“The victim began screaming and yelling, at which point the male told her to be quiet or he was going to cut her head off.”

The woman says she was woken up by the sound of creaking stairs and discovered a man standing above her with his arms “raised toward his head with the knife pointing down.”

Haskell reportedly bound the woman at the ankles and wrists with shoelaces and told her he would be taking her bank and credit cards, threatening to murder her if she did not provide proper PIN numbers.

The victim’s son heard his mother scream and called 911.

Get back in the game, jump on our major sale at the Infowars Store now!

“When officers arrived at the house, Haskell was still in the bedroom with the woman,” according to Deseret News.

“After realizing police were downstairs, Haskell got into the bed with the woman and told her to tell them he was her ‘lover,’ the affidavit states.”

The victim told police she was “sure she was going to die and that she was just waiting for the suspect to stab her,” according to the affidavit.

Haskell was reportedly found to be in possession of drugs and drug paraphernalia at the time of his latest arrest.

“It is of note that Haskell had recently been incarcerated at the Utah State Prison after previously being released on parole and committing a parole violation. Within in the last few days, Haskell was released from the Utah State Prison to a halfway house,” police said in the affidavit. “However due to the current COVID-19 pandemic, he was suddenly released.”