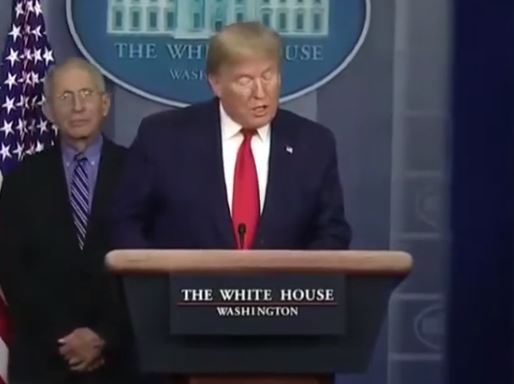 President Donald Trump on Tuesday defended his wish for “packed churches” on Easter Sunday, despite some criticism of his stated goal.

“I would love to aim it right at Easter Sunday so we’re open for church services on Easter Sunday, that would be a beautiful thing,” Trump said on Tuesday afternoon in a Fox News interview.

Trump said that Easter was a “very special day” for him and for many others across the country, and expressed optimism that churches could reopen on that day.

“I think that Easter Sunday and you’ll have packed churches all over this country, I think that this will be a beautiful time,” he said.

The president said many Christians around the country were forced to watch their services online as the fight continued against the spread of the coronavirus. He recalled watching a church service of his own from the White House.

“Online is never going to be like being there,” he said.

At the White House press briefing on Tuesday, reporters questioned whether Trump was actually basing his proposed date on data.

“I just thought it was a beautiful time, it would be a beautiful timeline, it’s a great day,” Trump said, noting that it was within the timeline that he was discussing with government officials.

Dr. Fauci said the timeline was “flexible” and would follow a “day by day” metric and that areas of the country would be worse than others.

Trump said he would take a look at the “farm belt,” sections out West, and even rural areas in Texas.

The president said he would continue consulting the doctors on the task force as Easter Sunday neared.