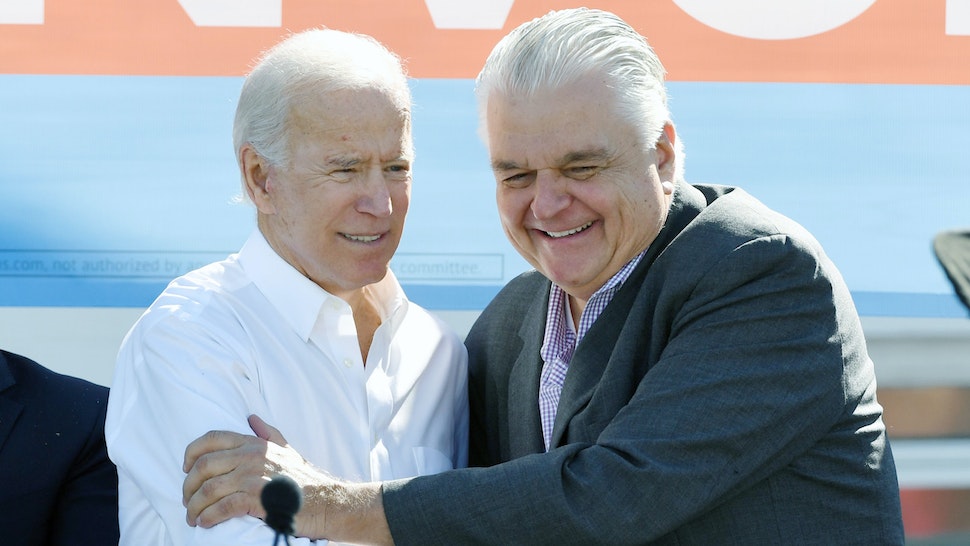 Nevada Democrat Governor Steve Sisolak reportedly banned the use of anti-malaria drugs for people that test positive for the coronavirus.

“The governor’s order prohibits the prescribing and dispensing chloroquine and hydroxychloroquine for a COVID-19 diagnosis, requires the appropriate prescription coding for their ‘legitimate medical purposes,’ and limits prescriptions to a 30-day supply,” The Las Vegas Review Journal reported.

“At this point in time, there is no known cure for COVID-19 and we must not withhold these drugs from those who need them,” Sisolak said in a statement. “The best way to prevent the spread of COVID-19 is to stay home for Nevada, not to stockpile these drugs.”

The governor’s executive order comes a day after an Arizona man died and his wife ended up in the hospital after they consumed fish tank cleaner in an apparent effort to prevent themselves from becoming infected with the coronavirus.

That pharmaceutical name matched the label on a bottle of chemicals they used to clean their koi pond … The fish tank solvent that treats aquatic parasites contains the same active ingredient as the drug, but in a different form that can poison people.

“I saw it sitting on the back shelf and thought, ‘Hey, isn’t that the stuff they’re talking about on TV?’ ” the wife, who was not named, told the network. “We were afraid of getting sick.”

The couple reportedly poured some of the fish tank cleaning chemical, chloroquine phosphate, into soda and drank it. They hoped it would stave off a coronavirus infection.

“Within thirty minutes of ingestion, the couple experienced immediate effects” that sent them to the emergency room, a Banner Health spokeswoman said in a statement Monday. They felt dizzy and started vomiting. The husband died at the hospital, and the wife is under critical care, according to the statement.

Left-wing media publications and journalists immediately falsely suggested that President Donald Trump was responsible because he touted the anti-malaria drug as something that the government was looking at as a possible treatment.

To be clear, the president never instructed anyone to take any medication and did not tell people to eat fish tank cleaner.

The CDC reported the following about Hydroxychloroquine and Chloroquine’s potential use for treating the coronavirus:

There are no US Food and Drug Administration (FDA)-approved drugs specifically for the treatment of patients with COVID-19.  At present clinical management includes infection prevention and control measures and supportive care, including supplementary oxygen and mechanical ventilatory support when indicated.  An array of drugs approved for other indications as well as several investigational drugs are being studied in several hundred clinical trials that are underway across the globe. The purpose of this document is to provide information on two of the approved drugs (chloroquine and hydroxychloroquine) and one of the investigational agents (remdesivir) currently in use in the United States.

Trump tweeted earlier this week: “HYDROXYCHLOROQUINE & AZITHROMYCIN, taken together, have a real chance to be one of the biggest game changers in the history of medicine. The FDA has moved mountains – Thank You! Hopefully they will BOTH (H works better with A, International Journal of Antimicrobial Agents) be put in use IMMEDIATELY. PEOPLE ARE DYING, MOVE FAST, and GOD BLESS EVERYONE!”

HYDROXYCHLOROQUINE & AZITHROMYCIN, taken together, have a real chance to be one of the biggest game changers in the history of medicine. The FDA has moved mountains – Thank You! Hopefully they will BOTH (H works better with A, International Journal of Antimicrobial Agents)…..