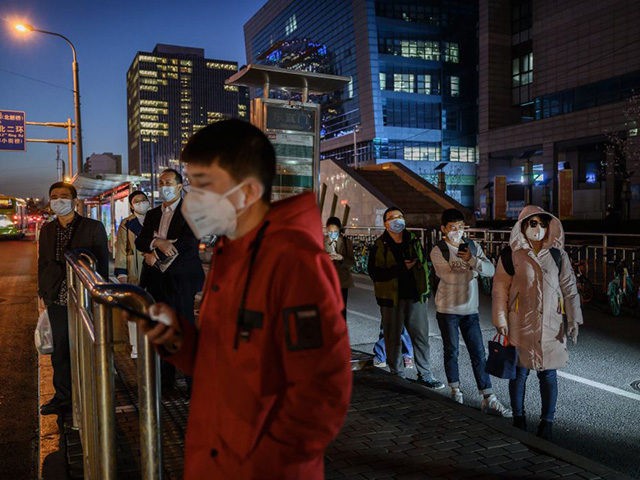 Reps. Jim Banks (R-IN) and Seth Moulton (D-MA) introduced a bill condemning the Chinese government for its handling of the coronavirus outbreak, in a sign of bipartisan anger against China.

The bill expresses the sense of the House of Representatives that the “Governmentof the People’s Republic of China made multiple, serious mistakes in the early stages of the COVID–19 outbreak that heightened the severity and spread of the ongoing COVID–19 pandemic.”

The text said those mistakes:

…include the Chinese Government’s intentional spread of misinformation to downplay the risks of the virus, a refusal to cooperate with international health authorities, internal censorship of doctors and journalists, and malicious disregard for the health of ethnic minorities.

Banks, a U.S. Navy reservist, said in a statement:

As the Chinese Communist Party pushes propaganda and lies to try and blame the United States for coronavirus, we need to make the case to the world that China is ultimately responsible for this outbreak. They tried to cover-up news of the virus, jailed doctors warning of a possible pandemic, and prevented the CDC from coming to study the disease. In all, they cost the globe two months in time to prepare for this virus. I hope this begins a conversation about how China can be held accountable for their negligent coronavirus response.

Moulton, a Marine veteran, said in a statement:

The Chinese Communist Party’s leaders responded to the coronavirus outbreak first with disinformation and misdirection. China’s leaders kicked out American journalists who were covering the virus’ spread and the lives it claimed. China’s leaders silenced doctors, some of whom died sounding the alarm to the world. And while the clock was ticking, China’s leaders were focused on spreading propaganda that said the American military caused the virus, downplaying its severity.

He continued, criticizing Trump, but said, “The American people should hold our leaders accountable, and their representatives should hold China accountable for its part in this pandemic.”

My statement on the House resolution condemning the Chinese government's response to COVID-19. pic.twitter.com/WGCfTIW69L