“There will be a reckoning.” 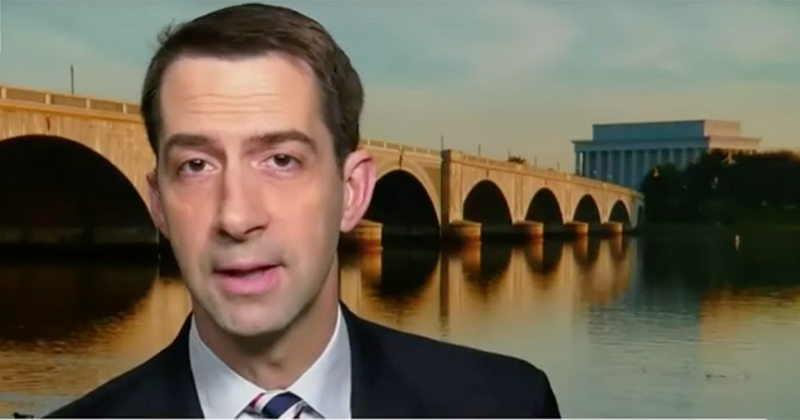 GOP Senator Tom Cotton touted legislation Wednesday that would end US dependency on China for pharmaceuticals, stating that it poses a national security risk, as he asserted that China ‘unleashed’ the coronavirus on the rest of the planet and needs to pay for it.

“China unleashed this plague on the world, and there will be a reckoning when we’re on the back side of it.” he urged.
Along with Rep. Mike Gallagher (R-WI), Cotton has introduced the “Protecting Our Pharmaceutical Supply Chain From China Act,” which promises to “cut off purchases of drugs with Chinese ingredients no later than 2025.”

Cotton has warned that the “low quality” of such drugs produced in the communist state is a danger to all Americans.

The bill would also “require drug companies to label the origins of ingredients in their drugs, so U.S. consumers are better informed of where their medicine comes from and whether it’s likely to be safe.”

The legislation will also encourage the medical industry to “manufacture in our country again by offering full and immediate expensing of factories, warehouses and capital goods related to the manufacture of drugs and medical devices on American soil.”

Cotton writes that “Emergencies like pandemics and wars break down previously dependable supply chains and relationships as nations start to fend for themselves. It’s sadly clear America gave up the ability to fend for ourselves in basic medicine long ago.”

The Senator has been vocal in blaming China for the outbreak of the coronavirus, previously demanding that the communist state prove that the virus did not originate in its own secretive bioweapons lab in Wuhan:

.@ambcuitianki, here’s what’s not a conspiracy, not a theory: