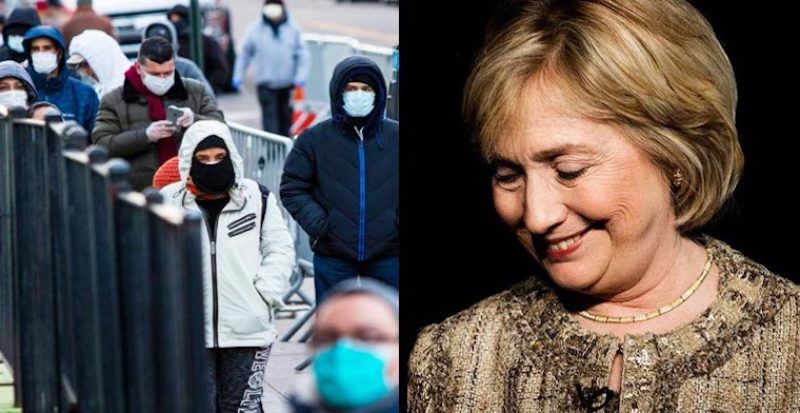 Hillary Clinton appeared smug about the number of sick and dead Americans on Friday, using the growing number of coronavirus cases in the U.S. as a punchline in a joke about President Trump.

Clinton posted a link on Twitter to a New York Times article about the U.S. surpassing Italy and China as the world leader in confirmed coronavirus cases.

He did promise "America First." https://t.co/bzks3hqCUE

“Imagine being smug about thousands of sick and dead people,” one user wrote, gaining thousands of retweets and favorites.

With her tweet, Clinton is apparently accepting the Chinese Communist Party’s statements about the number of cases and fatalities in China.

In total, China has 81,000 confirmed cases of infection, with 3,200 deaths and more than 71,000 recoveries. At its peak in February, China was reporting thousands of new cases each day, while now numbers have dwindled into the teens and 20s. Many of the new cases came in from other global hotspots, such as Europe.

The story continued to say, “Yet Chinese citizens, intellectuals, and journalists are pushing back against the national narrative. They’re criticizing the government for squelching whistleblowers, covering up the severity of the virus, and using draconian measures to bar residents from leaving their homes. Some are dodging censors to publish banned articles, while others take a more primitive approach: yelling out their windows.”