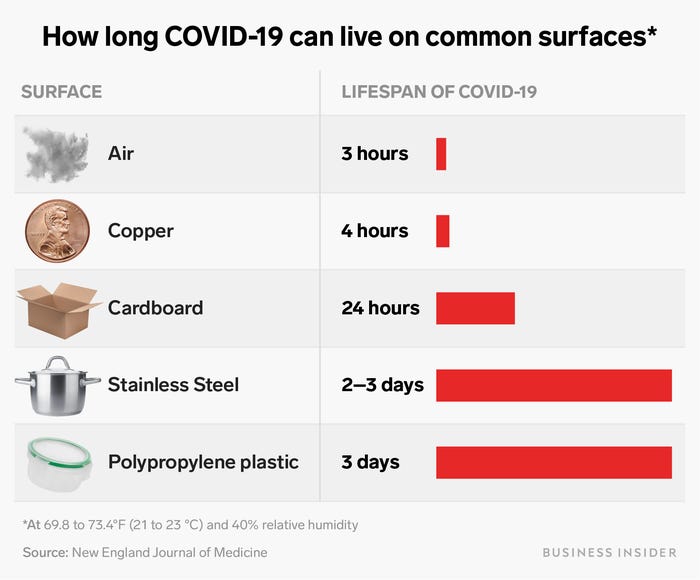 To ascertain how fatal a virus is, we need an accurate picture of how many people have it (the denominator) and how many have died as a result (the numerator), we have neither, but the data is improving and with it some substantial shifts away from the original model, which predicted far more deaths as a result of the Wuhan virus than we are seeing. (Rather like the Zika scare where the claim that virus resulted in natal microcephaly was proven upon examination to be anecdotal and not scientific — but only after the WHO declared it a pandemic and we spent $1 billion to deal with it.) Early models also could not accurately predict how quickly the virus would spread and what tools could be brought in to limit mortality. As the data comes in, we have reason to be more optimistic that the death rate will be lower, the extreme efforts to control its spread should soon be relaxed, and that efficacious treatments are already underway. (Unfortunately, I can be far less sanguine about the end of Democratic rapaciousness in the face of national emergencies or media disingenuousness.)

Neil Ferguson at Imperial College was the lead author of the first study, which predicted a high mortality rate. He warned that the UK could suffer 500,000 deaths and the U.S. 2.2 million from Wuhan and fanned fears it would overwhelm ICU capacity.  This week he said the virus was more quickly transmitted than his first calculations, that the denominator (the number of those who already had it) was far larger and the number seriously affected lower (therefore, less dangerous). He originally indicated the UK would need an 18-month quarantine. This week he says the epidemic there will peak in a couple of weeks.

His original model, often exaggerated by the media here with a push from certain Democratic activists, ignored community testing and contact tracing because when it was done, insufficient tests were available. (They are more available here now and as of the end of this week over a half million tests have been conducted in the U.S.)

The Imperial study was heavily relied upon in shaping our own strategies to deal with the epidemic. Oxford released a different model, which indicates up to half the UK population could already have been infected, and that model  “assumes that most people who contract the virus don’t show symptoms and very few need to go to the hospital.”

What about those charts showing such a huge trajectory of cases here? Daniel Horowitz explains:

You see an insanely dangerous trajectory of cases taking off in March. But what exactly happened in March? The virus was introduced in Wuhan in November. And even without testing, we did detect a handful of cases here, the first known case being on January 21. So why would we suddenly experience the outbreak in March? It’s quite evident that the culprit for the spike in the chart is simply because that is when the testing began because Trump dropped the FDA regulation barring private testing after the government testing didn’t work.

Thus, we know with certainty that people were clearly contracting coronavirus and were likely dying some time before March, but we’re still not sure how long before or how many people. Given the overlap with the general flu and pneumonia season, we really have no way of knowing that the January 21 case of the individual flying from Wuhan to Spokane, Washington, was the first active case — patient zero. [snip]

[I]t’s still a statistical improbability that the virus wasn’t brought in earlier and in greater numbers than CDC has thus far detected and documented. Moreover, Chinese students in particular, including those from Wuhan, traveled back in mid-January for the new semester.

As Dr. Deborah Birx, the coordinator of Trump’s coronavirus response task force, said yesterday of the spread in New York City, “Clearly the virus had to have been circulating for a number of weeks in order to have this level of penetrance in the community.”

If some of the pneumonia cases and deaths earlier this year were from coronavirus, that would mean that the death rate is much lower than predicted. Even the Diamond Princess cruise ship, which was the ultimate petri dish of recycled air circulating an infection, with an elderly population, experienced a 1.25% fatality rate. New York, which seems to be, by far, the worst hot spot now, has a mortality rate hovering between 0.75% and 0.80%, and it is going down as they test more cases. That compares to 1.2% nationwide, which helps show that wherever we test and identify the virus, the numbers go way up, but the mortality goes down.

Dr. Fauci has now written “If one assumes that the number of asymptomatic or minimally symptomatic cases is several times as high as the number of reported cases, the case fatality rate may be considerably less than 1%. This suggests that the overall clinical consequences of Covid-19 may ultimately be more akin to those of a severe seasonal influenza (which has a case fatality rate of approximately 0.1%) or a pandemic influenza (similar to those in 1957 and 1968), rather than a disease similar to SARS or MERS  which have had case fatality rates of 9 to 10% and 36% respectively.”

Dr. Birx, the White House Coronavirus Response Coordinator, said this week as well that our experience is not matching the models: “The predictions of the models don’t match the reality on the ground in either China, South Korea or Italy. We’re about five times the size of Italy, and if you did those divisions, Italy should have close to 400 thousand deaths. They’re not close to achieving that.”

The regular press briefings by the White House are transparent and informative, and if you want to know where we are in this “pandemic,” I urge you to watch them and not heed the filtered news from the press, some of whom are working to cut the briefings off out of fear that they may boost the president’s chances at re-election, in which case you can find videos of them online.

What about the reportedly high death rates in Italy?

What about Italy? Why is its mortality rate so high? Some have suggested that it’s due to the high elderly population, but that doesn’t explain why the Diamond Princess had elderly mortality rates in line with the rest of the world. I don’t have the answer to that, but a plausible theory has been offered by Prof. Walter Ricciardi, scientific adviser to Italy’s minister of health, that Italy is overcounting deaths. “On re-evaluation by the National Institute of Health, only 12 per cent of death certificates have shown a direct causality from coronavirus, while 88 per cent of patients who have died have at least one pre-morbidity — many had two or three,” said Ricciardi, according to the U.K. Telegraph.

Remember, Germany has just a 0.3% fatality rate, and Israel has just 1 death out of nearly 1,700 cases. Germany’s demographic is almost as old as Italy’s, while Israel’s demographic is young. Thus, other factors are at play here.

Clearly, we need answers before we destroy our way of life and our economy indefinitely. Yet these are the only answers the bipartisan cabal in Washington is uninterested in discovering.

Here’s the ultimate question they need to answer: What would be the value added for locking down all Americans rather than allowing most healthy Americans in most parts of the country to go back to work by next week with proper precautionary measures? Where is their evidence that, given the virus has already been in the country for months, further lockdown will save more lives and that the economic depression won’t cost more lives? In order to answer those questions, we need more information on how we got here.

As is the case in Italy, our numerators here may be off, since there are reports that in some states — Louisiana comes to mind — all the dead are tested for the virus and that is the indication given on the death certificate, even though death was caused by completely  unrelated reasons.

Although the president was criticized, even scoffed, when he suggested we try hydroxychloroquine, it is proving an effective treatment in France and now New York. Reportedly, it was also used successfully in China and South Korea.

The President has hinted that he is considering a county-by-county response to minimizing the virus’s spread. In most of the country outside of New York, Los Angeles, San Francisco, and Washington State, the amount of transmission remains small. There seems little sound basis for a countrywide lockdown as better data becomes available. Yes, special protection must still be in place for the elderly and immune suppressed, and we must continue to practice good hygiene, and yes, all available personnel and supplies must go to those areas hardest hit, but I’m not shoving my Amazon boxes into the autoclave any longer and I firmly believe we need to get back to more normal commercial activity in most of the country as soon as possible, and no later than Easter, or the consequences to the nation’s health and well-being will be worse than that of the virus.

One thought on “Numerators and Denominators in the Coronavirus Saga”