NY leaders ‘not only failed to shield their citizens from it, they took affirmative and aggressive steps to increase the risk to their population,’ he says 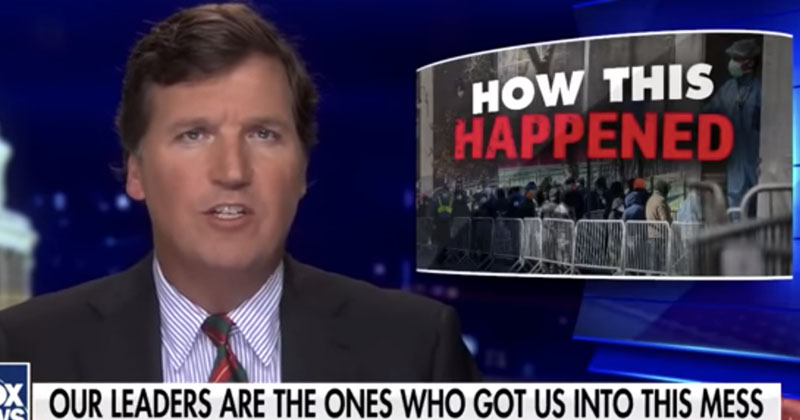 Fox News host Tucker Carlson laid into New York City health officials on Thursday for downplaying the severity of the coronavirus outbreak as the pathogen began to take hold in the U.S.

“As this deadly virus that emerged from Eastern China and began to spread inexorably across the globe, clearly headed here, leaders in New York not only failed to shield their citizens from it, they took affirmative and aggressive steps to increase the risk to their population,” Carlson said on his show “Tucker Carlson Tonight.”

“Why would they do that? Well, because they were worried far more about being called racist than protecting human lives. That’s not an overstatement. That’s not hyperbole.”

Tucker then showed the city’s Health Commissioner, Oxiris Barbot, urge New Yorkers in early February to spend as much time as possible in crowded public places, long after coronavirus had been established in the U.S.

Another clip showed Sen. John Liu (D-NY) state that “there’s really no need to panic and to avoid activities that we always do as New Yorkers” and “[d]iseases originate from anywhere or from particular places in the world.”

Liu’s Senate colleague Brian Kavanaugh echoed his sentiment, warning that “it is very important that we ensure that we don’t have misinformation and many in the media have been covering this issue as if it’s, you know, a terrible plague that people have to avoid.”

And finally, Tucker pointed out a tweet by New York City Mayor Bill de Blasio outright dismissing the coronavirus in late March, encouraging folks to go to movie theaters and dine out.

Since I’m encouraging New Yorkers to go on with your lives + get out on the town despite Coronavirus, I thought I would offer some suggestions. Here’s the first: thru Thurs 3/5 go see “The Traitor” @FilmLinc. If “The Wire” was a true story + set in Italy, it would be this film.

“If you don’t go to a crowded public place immediately, you’re racist. Look at those people telling you that, demanding that you do that,” Tucker fumed. “Hectoring you, badgering you, exerting moral blackmail on you to expose yourself. By early March, coronavirus was clearly becoming a major problem in the United States, but for elected officials in New York, the only problem was their constituents’ racist worries about staying alive.”

As of this writing, cases in NYC have soared to over nearly 30,000, and the Naval hospital vessel USNS Comfort is en route to provide assistance to hospitals overwhelmed with COVID-19 patients.