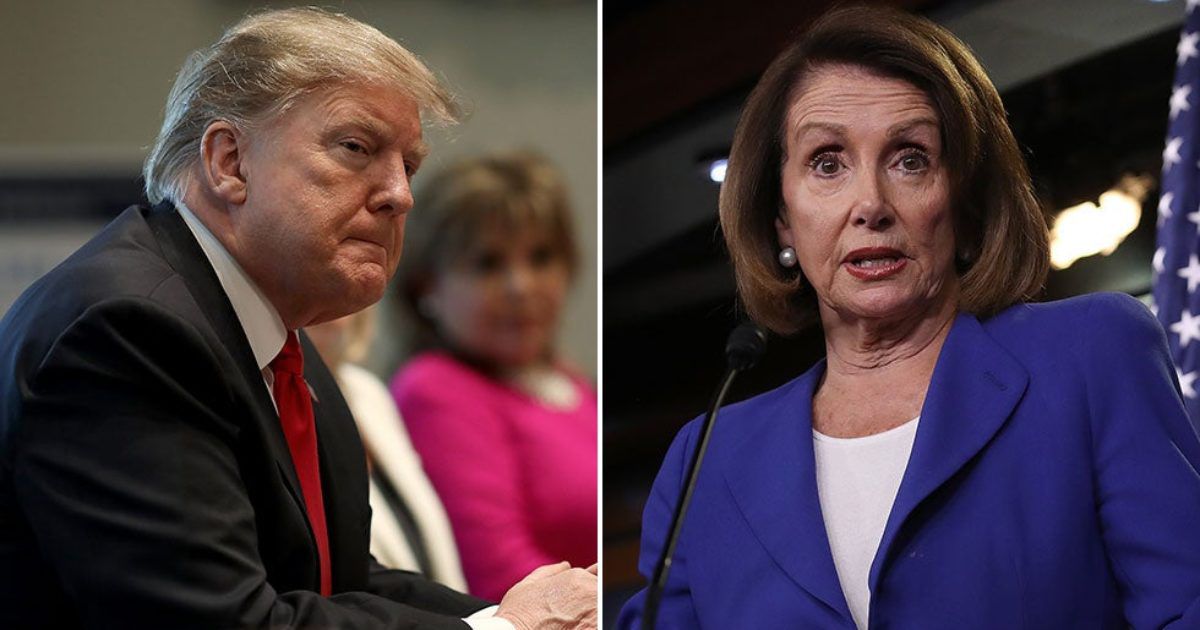 President Trump has lashed out at House Speaker Nancy Pelosi for criticizing his response to the coronavirus pandemic, calling her a “sick puppy.”

“She’s a sick puppy in my opinion. She’s got a lot of problems” Trump said during a Monday morning call-in interview on “Fox & Friends” after he was asked to respond to Pelosi’s criticism of his coronavirus response the day before.

The president also suggested that the federal government could take over her “slum” district San Francisco.

RT reports: Trump continued his fuming against Pelosi later when he slammed her for “playing the impeachment game” and being controlled by “the radical left,” including freshman New York Congresswoman and Green New Deal author Alexandria Ocasio-Cortez.

Pelosi has consistently criticized Trump’s response to the coronavirus outbreak, including saying over the weekend that the administration’s delay in getting equipment like ventilators and medical masks to states that need them is “deadly.” The House Speaker also claims the president did not take the virus seriously early enough, and his delayed response “cost American lives.”

“As the President fiddles, people are dying.”@SpeakerPelosi says she wants to know what @realDonaldTrump knew about coronavirus and when he knew it, in an "after-action" investigation. pic.twitter.com/3N3G1b4XOu

Trump said the California congresswoman’s comments make her a “disgrace to her country, her family.”

New York Governor Andrew Cuomo and others also piled on the president for a delay in equipment being sent to states most affected by the coronavirus, something Trump has chalked up to a lack of pandemic preparedness supplies being low when he came into office.

The most telling criticism from the president came when he doubled back to Pelosi and suggested the federal government may “take over” her “slum” district of San Francisco, an economically-struggling area plagued by reports of an out-of-control homeless problem in recent years, as well as streets littered with drug needles and human feces.

“The federal government, we may get involved and take over that area and clean it up,” Trump said. “It’s such a mess, it’s so bad, and yet she will sit there and complain.”