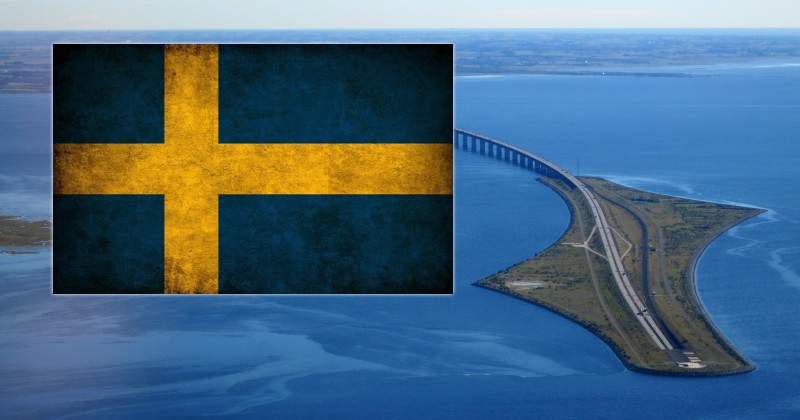 Sweden’s liberal approach to coronavirus, which involves zero border controls and a total absence of legally mandated social distancing, is being described as “like watching a horror movie” by residents of other Scandinavian countries.

Sweden has not imposed the kind of draconian lockdown measures enacted by other European countries. People are still allowed to gather in crowds of up to 50, as well as visit bars, nightclubs and cinemas. Although more people are working from home, life is pretty much as normal.

“We who are adults need to be exactly that: adults. Not spread panic or rumors,” Prime Minister Stefan Löfven told Swedes in a recent televised address.

The goal is to slowly infect the population with coronavirus in order to create “herd immunity,” an approach that has been called dangerous by health authorities in other major countries and health experts within Sweden itself.

This open attitude has caused consternation in neighboring countries like Denmark, which already closed its border with Sweden to stop the export of terrorists and criminals and may now have to do so longer term to prevent the spread of coronavirus.

“Watching Sweden is a bit like watching a horror movie, we fear it will go bad because it is so very open in Sweden and here it is more closed,” Danish journalist Lisbeth Davidsen told Swedish TV4.

Polls also show that support for lockdowns in Finland and Norway is almost unanimous.

It’s too early to tell if Sweden’s “life as normal” approach will make the reactions of other European countries look hysterical in comparison, but the early signs are not encouraging.

Although the country has recorded just over 4,000 coronavirus cases, 146 people have died, which is more fatalities than Denmark, Norway and Finland combined.

The graph of total coronavirus deaths in Sweden also shows little sign of reaching a plateau. 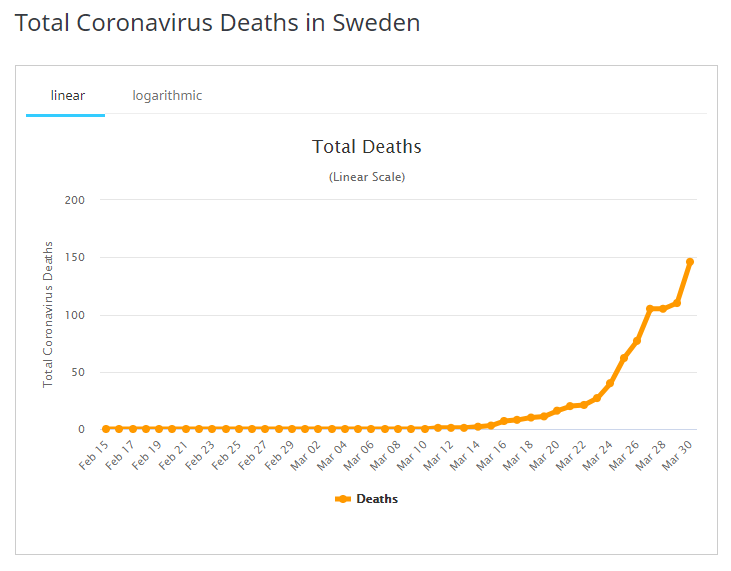