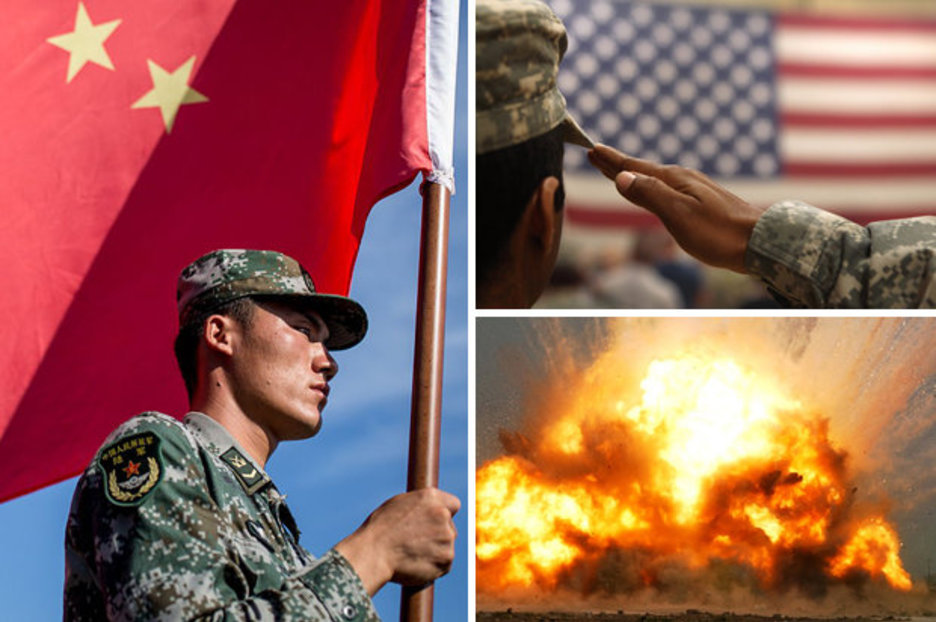 Sometime in June 2001, while browsing the Wall Street Journal, I stumbled upon an item on an inside page all the way at the bottom.  It was no more than 75 words in a box.  It covered a CIA security announcement concerning an increase in internet and cell phone traffic among suspected terrorists from suspect areas in the Arab world.  I canceled a Fourth of July trip downtown because of it.

I assumed that if an attack was coming, it would be on America’s premium self-celebratory holiday, the Fourth of July.

When nothing happened, I took off my tinfoil hat, ascribing my worries to my suspicion of Islam — suspicions I had carefully curated from prior events such as the first World Trade Center attack, the Cole, the embassy bombings, and the killing of Americans soldiers in the 1983 bombing of the Marine barracks in Beirut.

It has become accepted knowledge that America’s intelligence agencies missed 9/11 warning signs — but that’s not entirely true.  Signs were seen, but they impelled no action.  We were so convinced that the fall of the Soviet Union as the end of history precluded any need for urgency.  Yet, even if there had been, no one, at that point, knew how to react.

I share this vignette as a means of showing that there are always signs.  We, for whatever reason, miss them, or we ignore them for political purposes, or we refuse to believe them because they contradict the core tenets of our belief system.

I believe that China’s actions today may be telegraphing an intent we are choosing to ignore.  They show all the signs of a nation preparing to attack America.  China seeks a bespoke world run by China with “Chinese characteristics” — a dream that under Trump was drifting away.

China appears to be laying the groundwork for a “justified” attack on the United States, perhaps in the South China Sea or perhaps elsewhere.  It will be a military attack, not an act of terrorism, and the excuse will be America’s deliberate transmission of COVID-19 in Wuhan.

When the Chinese became accusatory, it’s telling that they didn’t blame the CIA, always the usual suspect.  No, they blamed it on American soldiers.

American military deliberately infecting China is an act of war worthy of a military response.

In October, the 2019 World Military Games were held in Wuhan.  Chinese media triumphantly trumpeted the Americans winning just eight medals, while China won 239.  It was then that we supposedly infected Wuhan citizens with the “American virus.”

China is now defenestrating foreign media, sending home reporters from the Wall Street Journal, New York Times, and Washington Post at just the opportune moment.  No nation wants journalists around when it is planning a sneak attack.

And with its economy ravaged by Trump’s trade war and the virus shutdown, and now back at full production, while America’s economy is in total shutdown and in the grip of an active pandemic, there will never be a better time to attack.

Here in America, the Democrats along with corporate media eagerly buy China’s lies surrounding the nascence of the worldwide pandemic, the propaganda blaming America, the stories of Chinese benevolence, and the efficiency of Chinese methods in getting control of the virus at home.  They are actively supporting China’s version of the truth.  China has every reason to believe they will continue to do so.

When or if China attacks, the left (the Dems, Antifa, and BLM) will flood the streets with anti-war protesters designed to stop America from responding to China’s attacks.  After all, don’t we deserve it?  We elected Trump, didn’t we?

China claims there are no new infections when there is ample evidence that that claim is a lie.  But the Chinese know that by the time people understand, it will be too late.  They will have struck, and any new cases will be used to bolster their casus belli.  Those Chinese who perish in the interim of silence will have died for the fatherland.

Conservative media have been neither as naïve nor as malicious as their mainstream brethren, often writing that China’s behavior, with the denials and accusations, is merely a clumsy and foolish attempt to convince the world.

I don’t see it this way.  I think China is doing this to convince its own citizens more than anyone else.  The Chinese communists can survive the world’s condemnations, especially if they defeat America, but they live and die by controlling their own population.  When they attack an American naval ship in the South China Sea, they won’t need to worry about the support of their own nation because they will have convinced the people that America started the war and a peaceful and beneficent China was reluctantly, and only as a last resort, defending itself.

China is facing a demographic time bomb and has ten years to rewrite the facts on the ground.  It is facing a quandary of epic proportions.  It won’t be long before it has the oldest population on the planet.  Those people will be old before they are rich.

China’s business model is existentially flawed.  It has extraordinary debt that is multiples of its GDP, having grown exponentially through government funding of empty cities, military buildup, high-speed rail to nowhere, a Belt and Road initiative that’s becoming obvious to partner countries as a means of colonialist extortion, and various other nonproductive government lending to CCP members.  Its vaunted reserves will soon disappear.

China is on the clock.  Today, it is formidable, with a sophisticated and capable military.  The Chinese may be able to win a confrontation, even a war, with the United States.  Under Obama’s policy of surrender, China had a chance of overtaking us economically while growing its military until its primacy was a fait accompli.  But Trump killed that dream with his trade war, exposing the inherent weaknesses of the Chinese economy.  And should the aftermath of the pandemic play out without interference, China’s position in the world will be irreparably damaged.

What does China have to lose?

Time is not on China’s side.  Unless the Chinese destroy us on the field of battle soon, the clock will run out, and the dream of the coming “Chinese century” will be just that: a dream.

Everything they are doing points to them preparing to do so.

For China, there will never be a better time to start a war with America.