It is during times of great crisis that we find out who we really are, and the weeks ahead are going to greatly test all of us 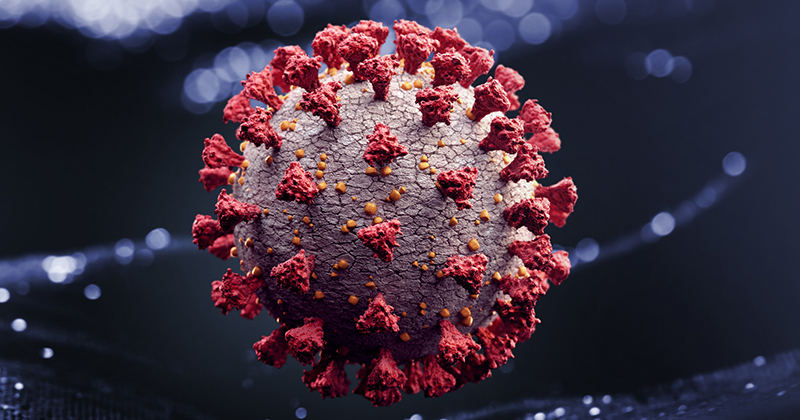 More than 1,000 Americans died from the coronavirus on Wednesday.

As you will see below, that now makes COVID-19 the third leading cause of death in the United States on a daily basis.

Unfortunately, the number of Americans dying from the coronavirus is expected to rise even more in the weeks ahead.

As the total number of confirmed coronavirus cases globally gets ready to cross the one million mark, many of those that initially attempted to downplay this pandemic are now changing their tune.

I think that it really startled a lot of people when President Trump warned that 240,000 U.S. citizens could potentially die during this pandemic.

Trump is taking COVID-19 very seriously, and everyone else should be as well.  This is truly a major national crisis, and it is just getting started.

Alex Jones examines the parallels between the 2005 movie V for Vendetta and today’s Corona-virus pandemic.

But even though I have been writing about this pandemic day after day, I didn’t realize that coronavirus had already become the third leading cause of death in the entire country…

A physician in San Diego, California, and data from the Centers for Disease Control and Prevention (CDC) are reporting that the coronavirus is now the third leading cause of death, killing 748 people a day in the United States.

And as I noted above, more than 1,000 people died from the coronavirus on Wednesday, and so this pandemic is catching up to heart disease and cancer very rapidly.

In fact, there are some that believe that coronavirus will actually become the leading cause of death in the U.S. “by mid-April”…

Some researchers say the daily death toll could more than double – to 2,200 or more – by mid-April. That figure would eclipse heart disease, the nation’s No. 1 killer with about 1,772 deaths per day, according to the CDC.

To say that we were unprepared for a pandemic of this nature is a major understatement.

There are shortages of essential supplies all over the nation, and the federal government has almost entirely depleted the inventory of personal protective equipment in the Strategic National Stockpile…

The Strategic National Stockpile is deploying the last round of shipments in its inventory, depleting the bulk of its protective gear, according to a source familiar with the matter.

The official added that the stockpile was never meant to serve as the only source of protective gear for the entire coronavirus response and said the states would need to get more supply from the private market.

We are supposed to have the greatest healthcare system in the whole world, but some of the things that we have been witnessing as this crisis has unfolded have been nothing short of horrifying.

There have been stories of doctors using the same mask over and over again, and in some hospitals nurses are being instructed to only use masks under very limited circumstances…

There’s a perception among hospital nurses that our employers are not doing enough to protect us during this pandemic and that this puts our patients and the public at risk. Multiple hospitals across the country have insisted that nurses not use protective equipment except for those patients who have been placed on isolation precautions, even for patients who show symptoms consistent with COVID-19 but have not been diagnosed with it.

And if you can believe it, in some cases nurses have even been disciplined for wearing masks when they are not personally interacting with patients…

As a result, some health care workers are facing the threat of disciplinary action for wearing masks in the hallways, elevators and shared clinical and nonclinical areas of hospitals—in some instances even if they come from the worker’s own supply.

And a number of doctors and nurses are distraught over this, says Megan Ranney, associate professor of emergency medicine, Brown University. “I have heard multiple anecdotes from colleagues in other states who report they were personally disciplined or lectured when seen wearing procedural masks in the halls of their hospitals,” she remarks.

Is this really happening?

In one particularly disturbing incident, a nurse was actually asked to deal with very sick patients without wearing a mask at all, and that made national headlines when she quit her job and ranted about it on social media.

I don’t know why every doctor and nurse in America is not wearing a mask at all times at this point, and those that are knowingly putting them in danger should be completely and utterly ashamed of themselves.

Meanwhile, the U.S. is still having a major problem getting coronavirus tests processed in a timely fashion.  The following comes from CNN…

As the US health care system has scrambled to track the spread of coronavirus, one of the nation’s largest commercial labs has faced a backlog of tests that ballooned in the last two weeks, and has delayed results in some cases up to 10 days.

New Jersey-based Quest Diagnostics had about 160,000 coronavirus test orders waiting to be processed on March 25, which amounted to about half of the 320,000 total orders for the tests the company had received up to that date, according to Quest internal materials obtained by CNN.

Officially, the U.S. has more than 215,000 confirmed cases as I write this article, but if results were being processed in a timely manner that number would likely be far, far higher by now.

Of course there are still many people out there that are insisting that this pandemic is being overblown, but if that is the case then why did FEMA just put in a request for 100,000 body bags?…

The Pentagon is seeking to provide as many as 100,000 military-style body bags for potential civilian use as the U.S. warns that deaths could soar in the coming weeks from the coronavirus pandemic.

The Federal Emergency Management Agency has requested 100,000 body bags, known as Human Remains Pouches, through an interagency group that directed it to the Defense Department. The Pentagon is looking into buying more bags and will draw some initially from a stockpile of 50,000 it maintains, according to two people familiar with the request.

And if this pandemic is not really that much of a threat, then why is New York City having prisoners dig mass graves?…

NEW YORK CITY is offering prisoners at Rikers Island jail $6 per hour — a fortune by prison labor standards — and personal protective equipment if they agree to help dig mass graves on Hart Island, according to sources with knowledge of the offer. Avery Cohen, a spokesperson for the office of Mayor Bill de Blasio confirmed the general arrangement, but said that it was not “Covid-specific,” noting that prisoners have been digging graves on Hart Island for years.

For those that are still doubting, it is time to wake up.

People are dying all around us, the economy is collapsing, millions of Americans are losing their jobs, and “the perfect storm” has finally arrived.

Approximately 75 percent of the country is shut down right now, and the “shelter-in-place” orders are not likely to be lifted for quite some time.

In anticipation of being cooped up in their homes for an extended period, many Americans stocked up on toilet paper, and now we have learned that sales of alcoholic beverages have also gone through the roof…

It is during times of great crisis that we find out who we really are, and the weeks ahead are going to greatly test all of us.

But at this moment it appears that we still have a long battle ahead of us, and that battle is going to change America permanently.