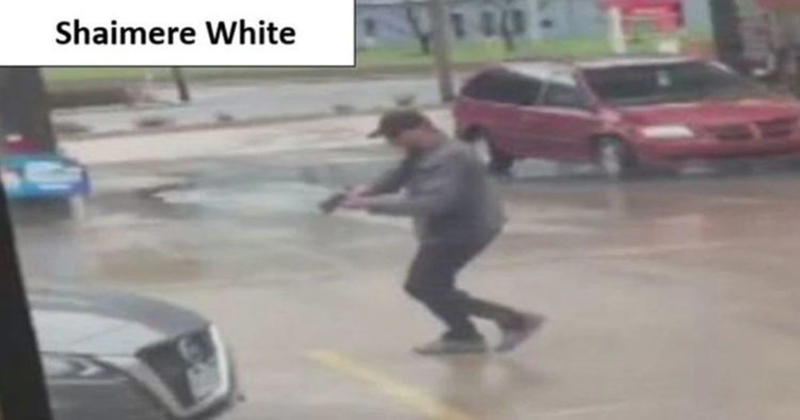 A Pennsylvania man had his car shot at repeatedly following a confrontation with the shooter who refused to cover his mouth when he coughed.

William Sauro, 53, accosted Guillermo Alvarez, 56, in a parking lot of a Sheetz convenience store, after spotting Alvarez continuously coughing and not covering his mouth.

According to the police complaint following the incident, Sauro warned Alvarez from his vehicle about the dangers of not covering his mouth during the coronavirus pandemic, but the situation escalated.

Security footage shows Sauro exiting his car and confronting Alvarez after having a short conversation from the driver’s seat.

Mike Adams joins The Alex Jones Show to break down the nutrition approach to safeguarding against the coronavirus pandemic.

Police say that after Sauro returned to his car, he allegedly hit Alvarez with the vehicle, who then drew a pistol.

According to the complaint, multiple rounds were fired by Alvarez, with one entering the windshield of the vehicle and lodging into the spedometer, and more hitting the front tires.

Alvarez, the alleged coughing shooter, was arrested in the parking lot after Sauro called 911 from his home. Officers found that Alvarez did not have the proper concealed carry permit for his firearm, which he was still holding during his arrest.

Both Sauro and Alvarez have since been charged with aggravated assault and recklessly endangering another person from the incident.

“We are living in trying and uncertain times right now, and everyone needs to exercise patience with one another and not resort to violence,” Cambria County District Attorney Greg Neugebauer told WJAC-TV:

Special thanks go out to our first responders, including the Police, who throughout this pandemic continue to work with the public every day to ensure the health and safety of our community.I think the incident to a certain extent maybe as a result of the frustrations and anxiety people are feeling right now because of COVID-19. I would urge people to have patience with each other as much a possible as people are on edge being around people right now.