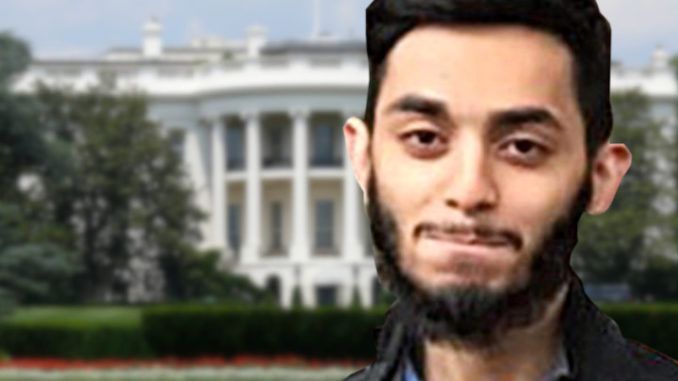 A Georgia man pleaded guilty Wednesday for planning a series of terror attacks on the White House and other monuments in the United States, federal prosecutors announced.

Hasher Jallal Taheb, 23, of Cummings, Georgia was arrested in January 2019 and taken into custody after he attempted to pick up explosives, an anti-tank weapon, and semi-automatic rifles in a parking lot.

Authorities received a tip last March that Taheb had become “radicalized” and was planning a trip to the Middle East.

Breitbart report: A criminal complaint states Taheb put his vehicle up for sale on August 25, 2018, and an FBI informant showed interest in purchasing it.

Taheb allegedly revealed to the informant “he wished to conduct an attack in the United States against targets such as the White House and the Statue of Liberty,” the complaint reads.

He also told the informant that “jihad was the best deed in Islam and the peak of Islam.”

In a statement, the U.S. Attorney’s Office for the Northern District of Georgia said he pleaded guilty to attempting to destroy, by fire or an explosive, a property owned by or leased to the U.S.

Court documents show that prosecutors recommended a 15-year prison sentence as part of his plea agreement. He is slated to be sentenced on June 23.