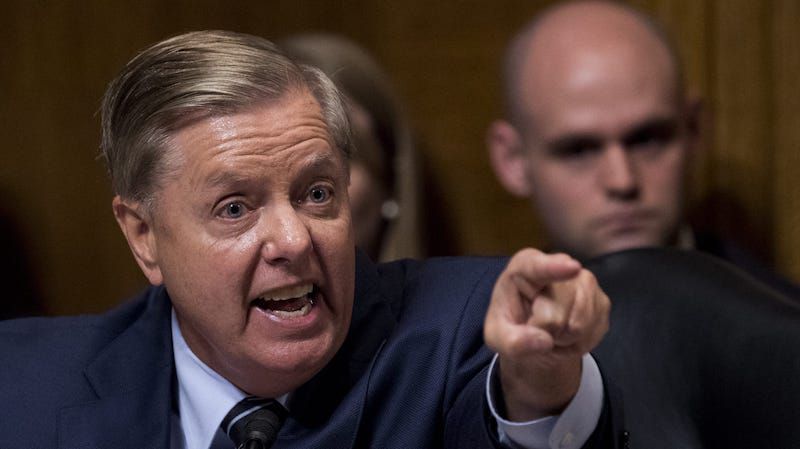 Appearing on “The Story with Martha MacCallum” on Friday, Graham said he was dismayed to learn that wet markets are reopening in some parts of China despite the fact that they have been linked to the novel coronavirus and other infectious disease outbreaks, including ebola and SARS.

“These wet markets in China, people eat bats and they eat monkeys, and bats and monkeys — at least bats for sure — carry this kind of virus,” Graham said.

“This is where ebola came from, this is where SARS came from, and this lab may be 300 yards away from the wet market in China where they test bats for coronavirus infection, but people literally eating bats 300 yards down the road. And for this to continue is an outrage and Dr. Fauci said the world should ostracize every country that allows exotic animals like monkeys and bats to be intermingled with the food supply and near humans.”

MacCallum asked about China reopening some of its wet markets: “How many times are we going to go through this routine?”

“Well, 16% of all deaths in the world are infectious diseases and about 60% of them come from animal to human transmission,” said the South Carolina senator. “So what Lara Trump is trying to do is bring attention to the fact that people eat cats and dogs throughout the world as part of their diet. We need to stop that. It’s the 21st century.”

Graham called on China’s president to “crack down on bringing exotic and wild animals into these wet markets where they contaminate the food supply and human beings.”