A commenter on a story Erickson wrote about the accusation against him actually said, “Seriously, the first association that came to mind when I saw your lawn snapshot was the KKK and burning crosses” and that “you’d have to be blind not to realize that’s exactly what it looks like.” 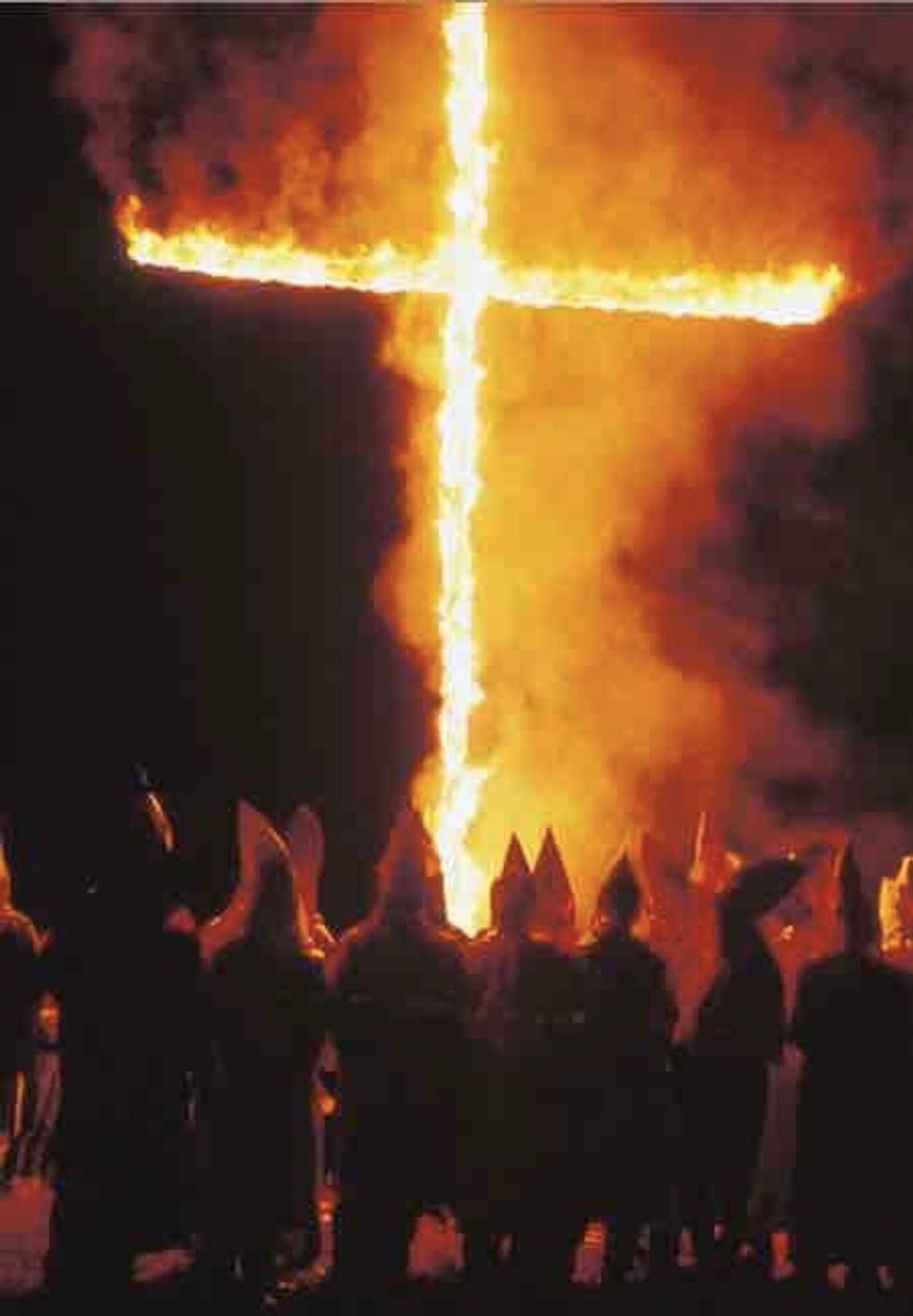 Photo by William Campbell/Sygma via Getty ImagesSeriously, can’t you see flames flying off the cross on Erickson’s lawn? And of course the billowing smoke all around it.

Well, anyway, Erickson explained in his account that two local boys are selling crosses for $20 a pop as part of a “faith over fear” campaign and using the money to buy snacks for hospital break rooms. He added that since people can’t go to church right now, a number of folks have been putting up the crosses and adding lights on them or shining spotlights on them.

For Erickson’s part, he said he pulled out his Christmas lights, wrapped up the cross “like several of my neighbors had done,” and posted the photo on Instagram.

“Welp. It has become a thing,” he wrote. “Trolls on the Internet accused me of burning a cross in my own yard.” And then, of course, the Newsweek story.

Speaking of which, check out the lil’ wording switch the magazine pulled off in the aftermath:

And National Review’s Dan McLaughlin, who tweeted the image of the new headline, added that Newsweek knew its “clickbait headline was false” and had to be changed — yet the story’s original URL was left intact.

How is Erickson responding?

“On the Internet, pagans are mad because someone prominent has wrapped Christmas lights around an Easter cross to remind people of the light shining in the darkness,” Erickson wrote in his reflection piece. “They’ll try to shame me because of who I am and they will use that to try to silence others. Me? I’m going to buy extra lights to make the cross shine brighter.”