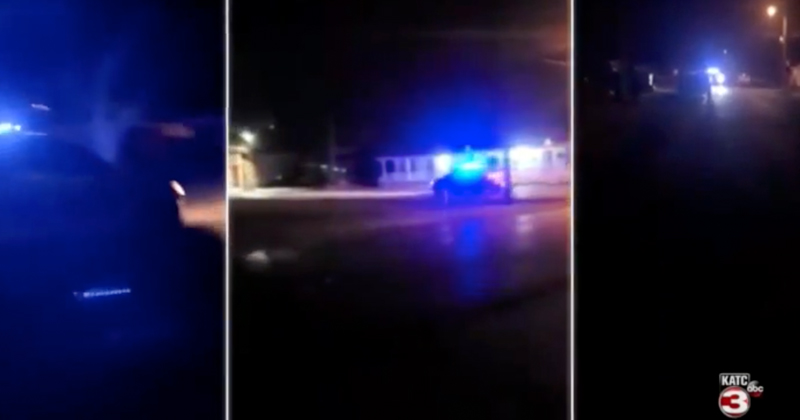 Residents of a Louisiana Parish issued complaints last week after police signaled the start of a mandatory curfew by blasting a siren similar to one featured in the dystopian film franchise, “The Purge.”

Several residents recorded on their cell phones as police went up and down neighborhoods in Crowley blasting the eerie siren at full volume.

The unnerving sound, which sounds similar to an air raid siren, was used by the Crowley Police to signify the start of a curfew that goes from 9PM to 6AM.

Crowley Police Chief Jimmy Brousard told KATC.com he was unaware the siren originated from the film, and said the police had no plans to use the siren going forward.

Responding to criticism on Facebook, the Crowley Police Department reportedly doubled down on their curfew order, but did not address concerns over their use of the siren:

“Acadia Parish received the worse rating for the rapid spread of the virus. It has been put into place in order try and slow the spread. There is nothing anyone needs to be on the roads besides emergency situations. If you don’t want to comply with the orders of the Sheriff and the Chiefs, you will dealt [sic] with accordingly.”