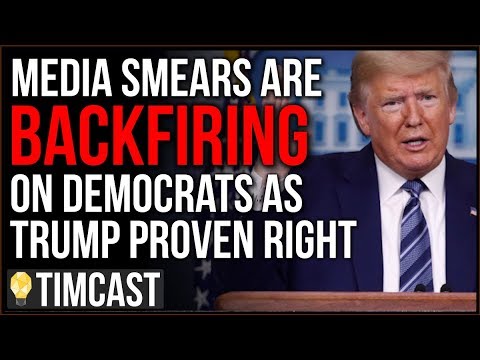 Media Smears Against Trump BACKFIRE Driving Democrats Insane, Rep DEMANDS Trump Face “The Hague??” As the media consistently tries to smear the president Democrats often fall victim to false narratives. An Ohio State Representative recently called for Trump to face charges from the International Criminal Court in The Hague even though the US does not recognize its authority. The rep was outraged that Trump had touted a promising treatment for the virus as the global pandemic escalates. Because the media is obsessed with smearing the president she was unaware of what was really happening in the world. The CDC in fact touts the positives of the same treatment and governor Cuomo, a democrat, says that they are seeing positive results in NY. But still we see Democrats floundering in desperation as Trump is proven right time after time. I have to wonder when the media will start getting tired of being wrong all the time. Unless their goal is actually to just be contrarian they are just hurting Democrats and helping Republicans.