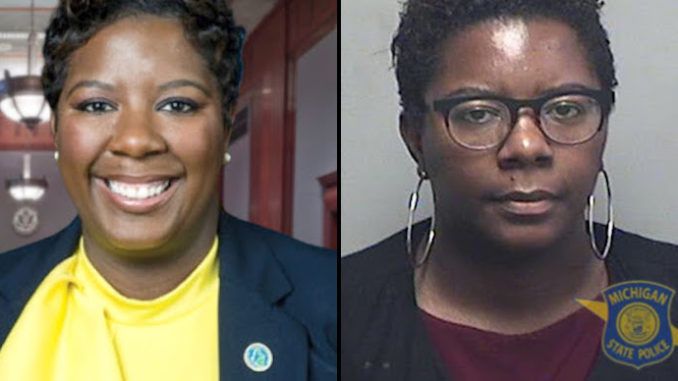 Sherikia Hawkins, who earlier this year received an award from the Democratic Party after being praised for using “unconventional methods to engage the community in voting,” is now facing six felony charges.

According to the Detroit News, Hawkins has been charged with forging records and falsely marking absentee ballots as invalid during the 2018 election.

Hawkins, 38, city clerk for the city of Southfield, was arrested in February after the Oakland County Clerk’s office noticed discrepancies in voter counts while certifying absentee ballots from Southfield.

Michigan state police investigated and found that records had been altered so that nearly 200 voter files were improperly listed as invalid.

“Our elections are the foundation of our democracy, and under my and Attorney General [Dana] Nessel’s administration there will be no tolerance for any actions that undermine that foundation — anywhere, anytime, by any person or official,” Michigan Secretary of State Jocelyn Benson said in a statement.