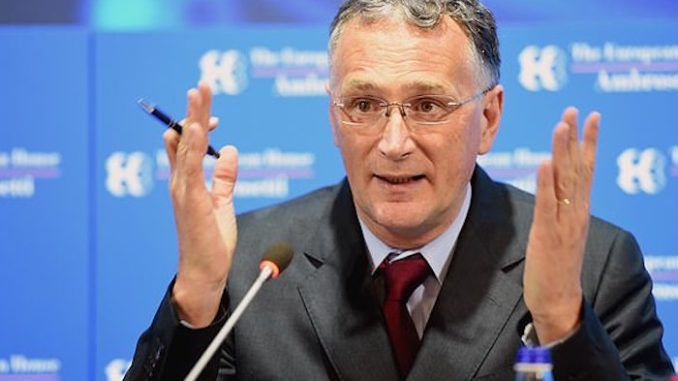 The European Union’s chief scientist has resigned from his post, stating he is no longer a supporter of the European Union project following the bloc’s failures to address the coronavirus crisis.

Prof. Mauro Ferrari announced his resignation as it became increasingly clear the European Union response has been disastrous.

Prof. Ferrari had only started his EU job in January, and was due to serve a four year term.

The Financial Times reported Ferrari’s words Tuesday afternoon: “I have been extremely disappointed by the European response to Covid-19… I arrived at the ERC a fervent supporter of the EU [but] the Covid-19 crisis completely changed my views, though the ideals of international collaboration I continue to support with enthusiasm.”

According to the FT:

The ERC, set up in 2007 to fund Europe’s best scientists, has become one of the world’s most prestigious funding agencies with a budget of around €2bn a year. Prof Ferrari, an Italian-American pioneer of nanomedicine, said his rift with the European Commission started in early March “as it became evident that the pandemic would be a tragedy of possibly unprecedented proportions”.

He said he proposed then to set up a special ERC programme to combat Covid-19.

“I thought that at a time like this, the very best scientists in the world should be provided with resources and opportunities to fight the pandemic, with new drugs, new vaccines, new diagnostic tools, new behavioural dynamic approaches based on science, to replace the oft-improvised intuitions of political leaders,” he said.

But the ERC Scientific Council, its governing body, unanimously rejected the idea, he said, on the grounds that its remit allows it only to fund “bottom-up” research proposed by scientists, rather than larger “top-down” programmes with objectives set by EU leaders.

“I argued that this was not the time for scientific governance to worry excessively about the subtleties of the distinctions between bottom-up versus top-down research,” said Prof Ferrari, who spent much of his career as a prominent cancer researcher in the US.