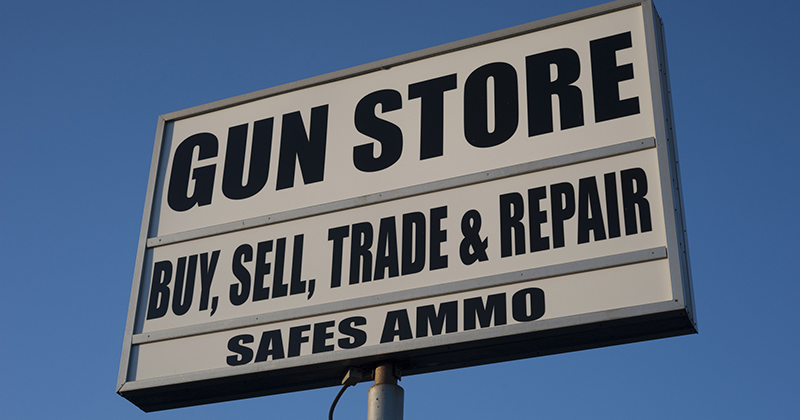 San Francisco supervisors have filed a resolution urging health officials from six Bay Area counties to assess the ‘public health threat’ of ‘panic buying weapons’ during the a time of crisis.

In other words, if you feel that the country is about to fall into a crime-ridden depression where thugs might kick down your door for what’s in your fridge, you shouldn’t be able to defend yourself or your family.

The resolution calls on the counties of Alameda, Contra Costa, Marin, San Francisco, San Mateo and Santa Clara to conduct surveys on the health threat posed by the surge in weapons purchases – using completely unsupported claims in the text, according to Breitbart.

WHEREAS, The NRA has induced such panic buying by engaging in reckless fear-mongering, using this national crisis as an excuse to grow corporate profits and scare more people into buying guns.

WHEREAS, More guns do not keep Americans safe because in reality, nearly 400 million civilian-owned guns in America have not stopped 40,000 annual gun deaths and thousands of gun injuries.

(Funny, Wyoming has the most guns per capita in the country and one of the lowest murder rates, while Illinois 38th in the nation in per capita ownership, yet has a sky-high murder rate).

WHEREAS, More guns in homes during these precarious times compounds the risks of death and serious injury likely to further increase our hospital loads.

You can read the rest here.

Monica Squires joins Owen to break down her recent confrontation with a public health official who harassed her about being inside her own business.

The NRA-ILA responded to the resolution with the following statement:

As the old saying goes, never let a crisis go to waste, and that’s exactly how this resolution begins.  By citing the COVID-19 crisis as creating the rush to purchase firearms and ammunition, and then blaming the NRA for inducing panic buying to increase corporate profits, the resolution denies the basic truth the current crisis illustrates: Americans believe in their right to defend themselves and will seek the available means to do so.  The resolution shows how incredibly out of touch the San Francisco Board of Supervisors remain in a city that has been grossly mismanaged for decades.

“Instead of focusing on real issues, [San Francisco supervisors] would rather waste taxpayer time and money to once again blame guns for their problems,” the NRA added.

In short, San Francisco only wants bad guys to own guns during a crisis – while law-abiding citizens shouldn’t be able to match force and defend themselves.