“The virus does not stop on your front garden.” 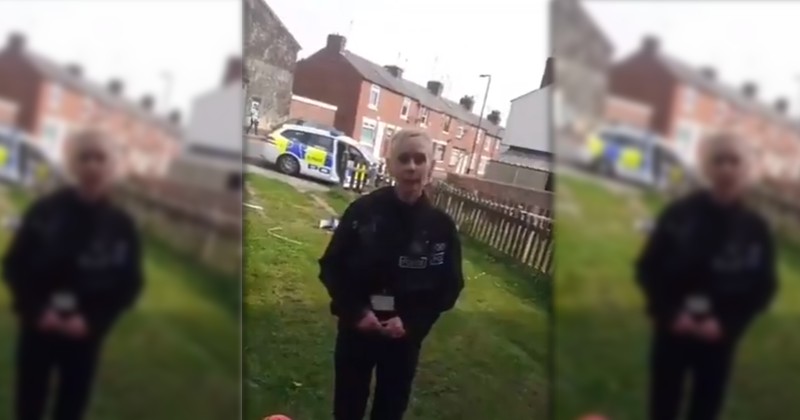 A video shows a police officer in the United Kingdom telling a family that they can’t be outside on their own front garden in another example of the erroneous enforcement of draconian lockdown rules.

The clip of the incident, which occurred in Eastwood, Rotherham yesterday, features a female officer from South Yorkshire Police warning the man filming the encounter, Mr Connell, to “stay indoors because of Covid-19” and that “the virus does not stop on your front garden.”

However, when she is challenged on it, she asserts, “I cannot speak for anybody else. You know when you look around and there’s nobody out? It’s because you can’t come out.”

South Yorkshire Police have now apologised for telling a family to leave their own front garden. SYP says the plea was well-intentioned (via @grandad1975) pic.twitter.com/wpEGcA3jxs

The woman also chastised the man for wanting to visit the supermarket twice, claiming he had already been and bought soft drinks, which she implies is a non-essential purchase.

After the video was posted on social media, South Yorkshire Police issued an apology.

“This encounter was well-intentioned but ill-informed and we’d like to apologize for the way it was handled,” said the force, adding that they had spoken to the female officer.

“This is clearly not right,” remarked Alexander Stafford, the MP for Rother Valley. “Whilst cannot see full context of the video, people are of course allowed to be in their gardens – front or back – and should be allowed to continue to do. This is clearly an overreach!”

With the United Kingdom set to be bathed in warm sunshine over the Easter weekend, authorities have indicated that they will get tougher in punishing people who flout lockdown and social distancing rules.

As we reported yesterday, another police force even warned that they would start checking people’s shopping baskets for non-essential items, although were later forced to backtrack.

Such situations are occurring across the Atlantic too, as we highlighted with a story about a neighbor who called the police on a man for weightlifting in his own front yard.

2 thoughts on “UK: POLICE OFFICER TELLS FAMILY THEY CAN’T BE ON THEIR OWN FRONT GARDEN”