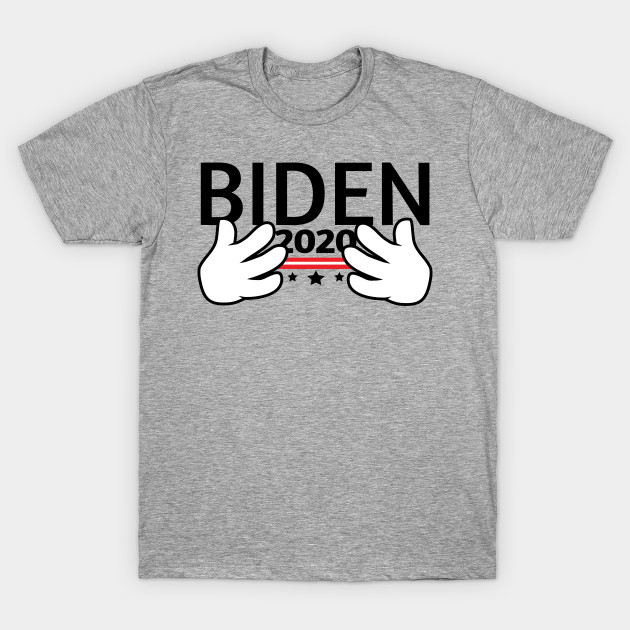 What seems like many pandemic moons ago, my liberal son called me on the night of Super Tuesday to express his surprise.  Somehow, he pondered, Joe Biden — all but left for dead after the three initial Democrat primaries — had miraculously been resurrected.  Once again, the old veep was astride his party’s donkey as its “presumptive” nominee.

But Sleepy Joe was not among those registering surprise over his political comeback, except perhaps that he wasn’t expecting it until Super Thursday.  Indeed, he looked plenty smug as he mounted the victory dais and introduced his sister as his wife.  The embarrassment of that “switcheroo” aside, Old Uncle Joe had good reason to feel elated.  His political instincts had been right.  His candidacy was inevitable, and so would be his path forward.  As he often claimed, the stamp of approval could not have been indelibly inked on a more deserving or qualified person.  All he had to do to land in the Oval Office was “beat Trump like a drum.”

In the midst of his self-absorbed euphoria, Biden barely acknowledged that had not the so-called moderate Democrat primary candidates dropped out and endorsed him after Super Tuesday, he would likely still be plodding through the primary season.  More importantly and not by coincidence, his spurt of support had kicked in when American voters finally awoke to the frightening prospect of living under Bernie Sanders’s brand of socialism.

My son had never been enthusiastic about Biden.  What’s more, he hadn’t expected him to be the nominee.  But once Super Tuesday appeared to determine the direction of the race, he was quick to praise the other contenders for supporting the former vice president in a laudable show of unity.  This reaffirmed to me how much the only real enthusiasm Democrats have at this point in history is their hatred for Trump and their eagerness to do what it takes to see him replaced by somebody —  indeed, anybody — else!

Not all that much time has passed since Super Tuesday.  But in the midst of this tumultuous short period, the pendulum of Joe Biden’s personal political strength has swung from inevitable to irrelevant.  Demonstrating what Robert Gates branded as Sleepy Joe’s consistent pattern of being on the wrong side of political decisions, the isolated presumptive Democrat candidate could do little but lash out at Trump’s handling of the COVID-19 pandemic.

He began by calling Trump a “xenophobe” for banning flights from China to the U.S.  He continued whenever possible to blame the president for being unprepared, uninformed, dictatorial, incompetent, unresponsive, overly optimistic, and dangerously political.  Despite Biden’s frontrunner status, none of his brief media appearances attracted wide viewership.  I mean, who wants to watch a political figure fizzle and fail?  In one unfortunate try to demonstrate his competence to manage the coronavirus pandemic, Biden was immediately stymied by an unresponsive teleprompter.  And while his hand made urgent signals to the tech support team, his mouth was unable to utter a cogent word.

Last week, however, Bernie Sanders was not at a loss for words as he suspended his latest presidential run.  As a gesture of solidarity, the disappointed senator urged his supporters to vote for Biden.  In the race to control the Democrat Party, it seems to be, as Yogi Berra redundantly put it, “déjà vu all over again.”

Well, maybe not!  With Biden all but eclipsed by coverage of COVID-19, there’s an outside chance that something totally unexpected could rip open the coming election just as it has our apolitical life.  Perhaps the term “presumptive candidate” now takes on a less certain meaning.  Consider, for example, that a recent Rasmussen poll showed Andrew Cuomo and Joe Biden in a tie to challenge Trump in November.

How can it be that a gruff-talking, thuggish-looking state governor — burdened with more personal baggage than Team Clinton, and presiding over the state most unsettled by crisis — can pop up on the charts as a likely candidate to oust Biden from the position he “presumes” to have won?  The answer could be that Biden never really caught on with Democrat voters as a whole.  And with Joe out of sight and out of mind — his, as well — Democrats have had time to think.

They might, for example, consider that for all his half-century as a politician, Joe Biden had by no means overwhelmed his less experienced opponents.  He was, in fact, a rather poor excuse for a candidate.  Both Sanders and Trump inspire the kind of supporter loyalty Biden can’t seem to deliver.  Even with his added credentials as Obama’s running mate, Uncle Joe turned out, once again, to be a lackluster campaigner.  Only now there was the added worrisome level of his unpredictability and incoherence.

Part of Joe’s problem this time around could be due to poor timing.  He’s a tired old warhorse trying to run in the political middle of a party that increasingly advocates for drastic change.  And though conventional wisdom holds it unwise to change horses midstream, his party’s progressively turbulent currents are forcing him to slosh leftward or drown.

As for the effect of the pandemic’s “timing” on Biden’s campaign, it remains to be seen.  It has, in effect, kept him practically hidden from the electorate.  It’s like holding a coronation from which the crowned prince never goes forth to receive the roar of the crowd.  The viral threat to our country virtually shut down Biden’s face-to-face campaigning.  Rather than hustling on the hustings, he’s hunkered down at home.  When he turns on his TV, he’ll likely see Trump’s daily COVID-19 briefings dominating the news, their popularity among Americans causing some media moguls to limit coverage.

On the other hand, an excuse to keep Biden from making his trademark gaffes might work to his advantage, since the more Joe opens his mouth, the less viable he could become as an effective candidate.  Perhaps handlers may find it to their guy’s advantage that the economy has taken a terrible hit, leaving Trump vulnerable in an area once considered his greatest strength.

Or the new normal could give Old Joe a platform to brag how he would have handled the pandemic and what he would do to ensure that it never happens again.  It could also provide an opportunity for the Democrat ticket to pledge even more millions — maybe trillions — to stem the tide and buy the votes.

When the infected air clears, Biden and his No Malarkey bus will be back on the campaign trail.  How he fares in that window before the convention might determine the delegates’ deliberations.  In any event, he may find that coming back from enforced political obscurity is no small challenge.

Facing the biggest battle of his long political career, Joe Biden can take heart in the bit of wisdom he often quotes from his blue-collar worker dad: “Champ, the measure of a man is not how often he is knocked down, but how quickly he gets up.”  I suspect that his Republican rival will find that advice equally sound.