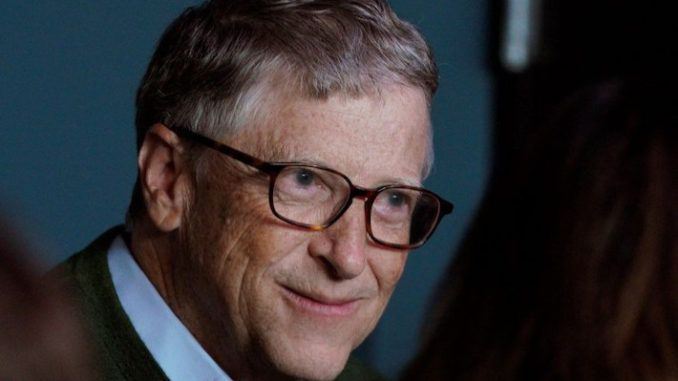 Bill Gates is funding the development of a contraceptive microchip that will control women’s fertility wirelessly, via remote control.

While the idea may be reminiscent of something out of a disturbing sci-fi movie, the technology is currently in development, with Bill Gates pouring millions of dollars into the project.

If Gates has his way, the day when women are implanted with the hormone-emitting human microchip is not far away.

It’s been six years now since the Microsoft founder, a vocal proponent of population control, announced plans for the development of a human microchip designed to control women’s fertility.

Research and development into the technology remains in progress, with Microchips Biotech listing the Bill and Melinda Gates Foundation as donors on the front page of their website:

Townhall report: Measuring just 20 mm x 20 mm x 7mm, the tiny chip would be implanted under the skin, and automatically deliver a daily 30 microgram dose of the hormone levonorgestrol, via controlled release.

If a woman decides at some point that she would like to conceive a child, she is said to be able to deactivate the device with a remote control.

The microchip is designed to prevent pregnancy for up to 16 years.

People familiar with the work of the Bill and Melinda Gates Foundation will not be surprised to learn that the wirelessly-controlled contraception device was purportedly Bill Gates’ idea.

During Gates’ 2014 visit to an MIT laboratory, Bill asked if the microchip originally designed in the 1990s to deliver drugs to osteoperosis patients might also be developed into a long-term birth control plan. The company Microchips stepped up to the plate.

The Bill and Melinda Gates Foundation has a long history of advocating for population control, particularly in developing countries.

According to the foundation’s website, it is apparently a problem that “less than 20% of women in Sub-Saharan Africa use modern contraceptives”. They go on to list the purported benefits of sterilizing large swathes of African women–which apparently include, for every dollar spent on family planning, saving “governments up to 6 dollars that can be spent on improving health, housing, water, sanitation, and other public services.”

Bill and Melinda Gates “are particularly committed to exploring how our family planning efforts can meet the needs of young women and girls.”

Presumably, the birth control microchip is still being tested. Though where, and by whom, remains largely a mystery. The question is troubling, especially considering the Gates’ ongoing interest in vulnerable, impoverished nations. It is also yet unknown how the device is performing, and how much longer before it gains FDA-approval and becomes available to women in America.