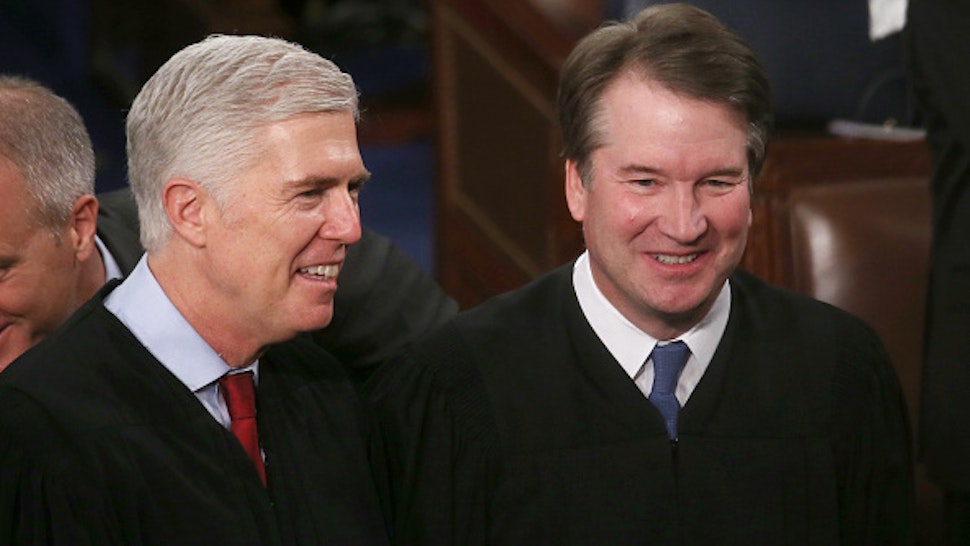 Supreme Court Justice Brett Kavanaugh showed some promise for any future ruling on Roe v. Wade when he cited the disastrous case while discussing “erroneous precedent” that can be thrown out.

In a concurring opinion for Monday’s decision regarding the constitutionality of unanimous jury verdicts, Kavanaugh said that courts more often than not overturn precedents, such as when Planned Parenthood v. Casey overturned certain sections of Roe v. Wade.

On the issue of stare decisis – the principle that forbids overturning precedent in fear that no precedent could prevail – Kavanaugh bluntly stated that while stare decisis should be respected, by no means should it  become an “art of methodically ignoring what everyone knows to be true.”

“Stare decisis isn’t supposed to be the art of methodically ignoring what everyone knows to be true,” the justice wrote, as reported by Fox News. “Of course, the precedents of this Court warrant our deep respect as embodying the considered views of those who have come before. But stare decisis has never been treated as ‘an inexorable command.’”

“And the doctrine is ‘at its weakest when we interpret the Constitution’ because a mistaken judicial interpretation of that supreme law is often ‘practically impossible’ to correct through other means,” he continued. “To balance these considerations, when it revisits a precedent this Court has traditionally considered ‘the quality of the decision’s reasoning; its consistency with related decisions; legal developments since the decision; and reliance on the decision.’”

Echoing the late-Justice Antonin Scalia, Kavanaugh said that the court should consider if a previous decision is “not just wrong, but grievously or egregiously wrong.”

Just last year, Justice Clarence Thomas hinted at Roe v. Wade when he cited “erroneous precedent” that the court should not follow if ever faced with defending it.

“The Constitution tasks the political branches—not the Judiciary—with systematically developing the laws that govern our society,” Thomas continued. “The Court’s role, by contrast, is to exercise the ‘Judicial Power,’ faithfully interpreting the Constitution and the laws enacted by those branches.”

On the issue of stare decisis, Thomas noted that the courts tend to invoke that principle with such strong fervency only in the cases when precedent seems “least defensible.”

“As I see it, we would eliminate a significant amount of uncertainty and provide the very stability sought if we replaced our malleable balancing test with a clear, principled rule grounded in the meaning of the text,” Thomas said. “The true irony of our modern stare decisis doctrine lies in the fact that proponents of stare decisis tend to invoke it most fervently when the precedent at issue is least defensible.”

“In my view, if the Court encounters a decision that is demonstrably erroneous—i.e., one that is not a permissible interpretation of the text—the Court should correct the error, regardless of whether other factors support overruling the precedent,” the justice concluded. “A demonstrably incorrect judicial decision … is tantamount to making law, and adhering to it both disregards the supremacy of the Constitution and perpetuates a usurpation of the legislative power.”