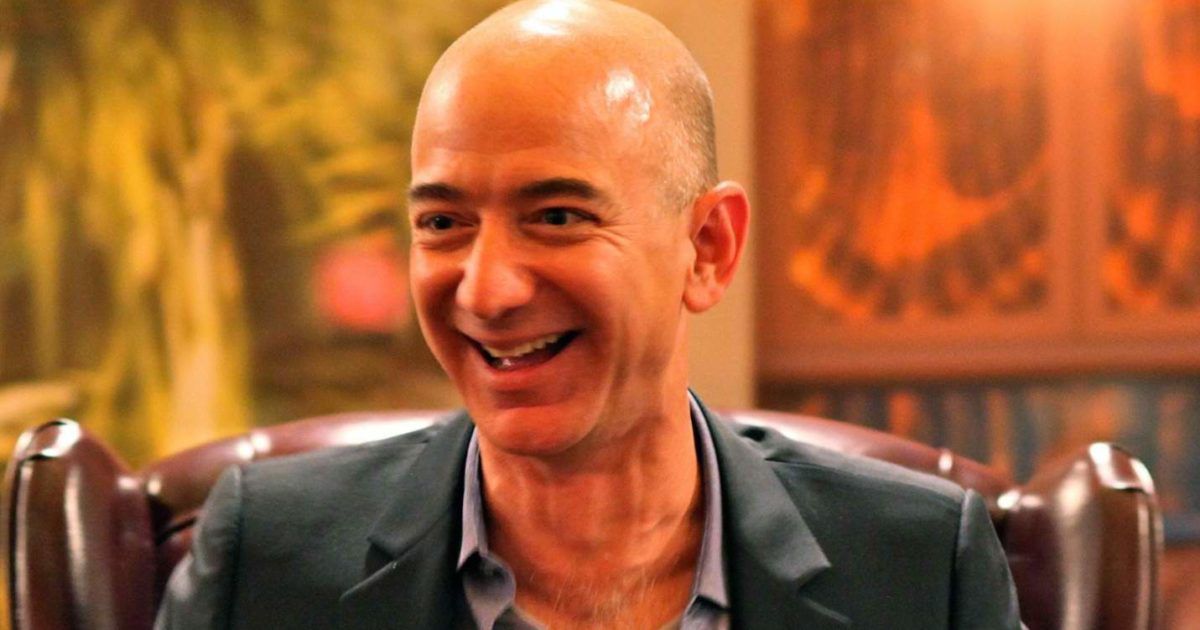 One of the world’s richest men, Jeff Bezos, has seen a staggering $24 billion increase in his wealth recently, as ordinary Americans struggle to put food on the table.

Just one week after 17 million hard-working Americans filed for unemployment, Amazon boss Jeff Bezos saw his net worth increase to $138.5 billion as Amazon’s stock hit all time highs on Tuesday. The stock increase was aided by massive fiscal and monetary stimulus flooding the stock market.

With historic unemployment numbers on the horizon, banks are now warning that loan losses fuelled by job cuts could rival those from the 2008 global financial crisis. Among the weakest sectors cutting employees first is the very sector that Amazon is profiting from: retail.

Bezos is among the top elites who have seen their fortunes soar as the Fed continues to focus on its sole mandate of jamming stocks higher.

The combined net worth of the world’s 500 richest people is up an eye-watering 20% from its low on March 23, as a result.

Zerohedge.com reports: Matt Maley, chief market strategist at Miller Tabak + Co said: “The wealth gap, it’s only going to get wider with what’s going on now. The really wealthy people haven’t had to worry. Yes, they’re less wealthy, but you haven’t had to worry about putting food on the table or keeping a roof over your head.”

Meanwhile, corporate insiders continue to buy their own stock at a quick clip, indicating that executives believe the worst could be behind us. Carnival Corp. board member Randall Weisenburger, for example, bought $10 million of his company’s stock in the open market last week.

While a couple of big names in oil have seen major losses, like Harold Hamm, who has seen his fortune fall 64% to $3.7 billion, other executives are experiencing significant gains.

Bezos has added about $24 billion to his wealth in 2020. His ex-wife, Mackenzie Bezos, has seen her net worth climb $8.2 billion to $45.3 billion. Elon Musk has seen his fortune rise by $10.4 billion and the Walton family at the helm of Wal-Mart has seen their combined net worth grow to $169 billion.

Maley concluded: “The unfairness of it all is who is going to benefit from it most. Money makes money.”

While Bezos is getting richer, The Verge has reported that Amazon is going to be making “drastic cuts” to affiliate commission rates starting next week:

Amazon is planning to make dramatic cuts to commission rates for its affiliate marketing program, which allows media organizations, e-commerce companies, and small and independent businesses to receive a cut of revenue from a sale if a customer lands on the product page and purchases the item through a provided link. The cuts go into effect on April 21st, according to CNBC, and some product categories will see drops of more than 50 percent.

The cuts will no doubt come as a blow to digital media companies who spent time building out infrastructure to recommend users buy products from Amazon. The Verge notes that “companies like BuzzFeed and New York Times-owned Wirecutter are among the more prominent commerce providers in the industry” – so we guess we can expect negative op-eds from those blogs at some point soon.

Finally, recall yesterday we reported that Amazon had fired 3 employees who spoke out about working conditions at the company during the coronavirus pandemic. The company confirmed that it had fired Emily Cunningham, Bashir Mohamed and Maren Costa for violating company policy.

Amazon commented: “We support every employee’s right to criticize their employer’s working conditions, but that does not come with blanket immunity against any and all internal policies. We terminated these employees for repeatedly violating internal policies.”

With regard to Mohamed’s firing, the company stated: “This individual was terminated as a result of progressive disciplinary action for inappropriate language, behavior and violating social distancing guidelines.”

That, or perhaps Amazon just found their lack of faith in the Jeff Bezos’ best intentions disturbing.